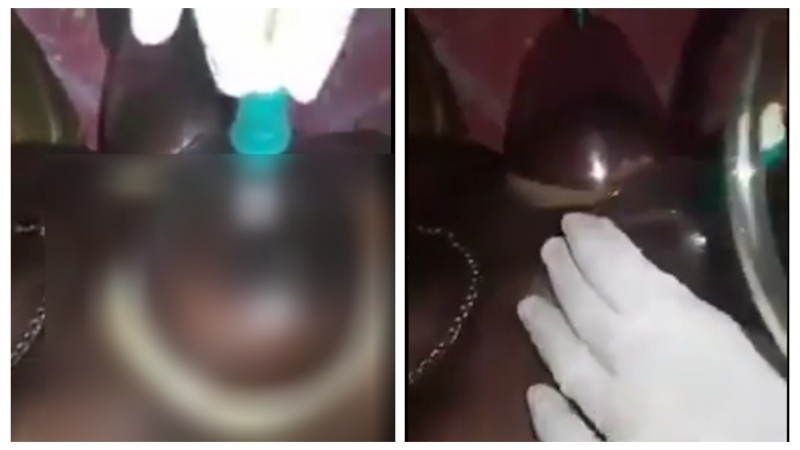 Inside the viral video, breast enlargement pumps can be seen attached to a yet-to-be identified woman two breasts while a surgeon is seen pumping them while they become bigger and larger.

And this is what some women actually pass through just to look good for men?

In a related story, a disturbing video of a woman undergoing an extreme measure of skin bleaching has emerged on social media which has drawn the attention of Twitter users as they react in disbelief while many remain shocked and surprised.

Inside the video, a yet-to-be identified woman can be seen laying nearly naked in a bathtub filled with water while an attendant can be seen exfoliating her legs.