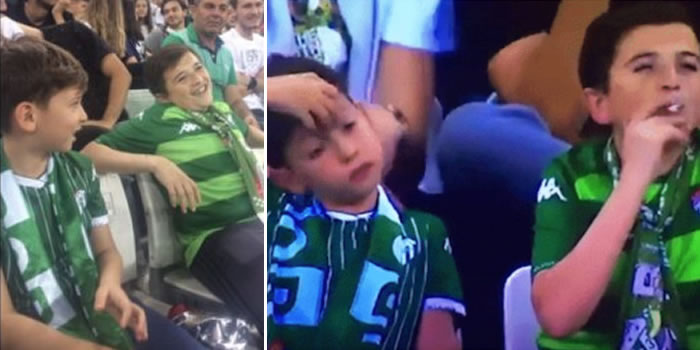 Twitter users were at first shocked when a video of a kid smoking during a friendly match between Turkish clubs Bursaspor and Fenerbahce went viral. However, people soon found out it that the person they assumed to be a kid is a 36-year-old man.

The match that was organised to raise funds for cancer and all proceeds from the showdown would be donated to organisations that fight against diseases such as leukaemia as well as foundations that support kids with Down Syndrome and autism.

Once the video surfaced online, many viewers expressed shock and started looking for ways to identify the kid and his guardian.

However, the “kid” is a 36-year-old father who in fact brought along his kid to the game.

FFS. I thought it was a kid smoking pic.twitter.com/TGbInT4FQb

It IS a kid smoking!

I look young but, what? Is that a grown man?