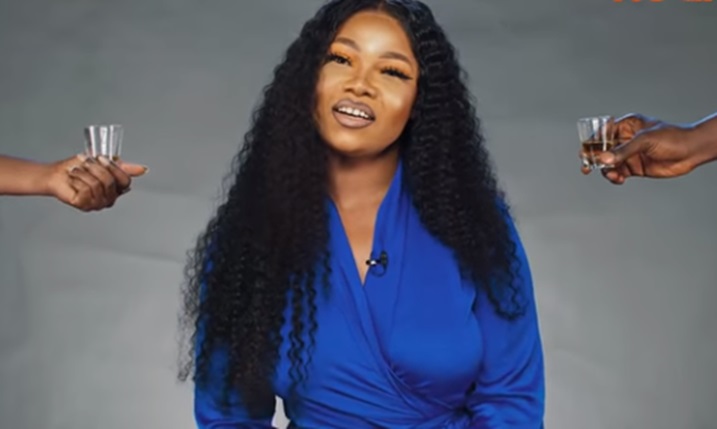 Most People Believe I’m Rich But I’m Not, Tacha Says

Controversial BBNaija star and self-acclaimed Port Harcourt daughter, Natacha Akide aka Simply Tacha was put on the hot seat during an interview with Ndani TV.

And the reality star was made to answer several questions as she also drank shots for failing to give the correct answer to some of them.

While on the hot seat, Tacha admitted to breaking someone’s heart. And speaking about a certain misconception about her, the reality star said most people believe she is rich but she is not.

The reality star promised to take a beautiful couple on all expense paid trip to celebrate Valentine’s Day as she recently launched her very own reality show.