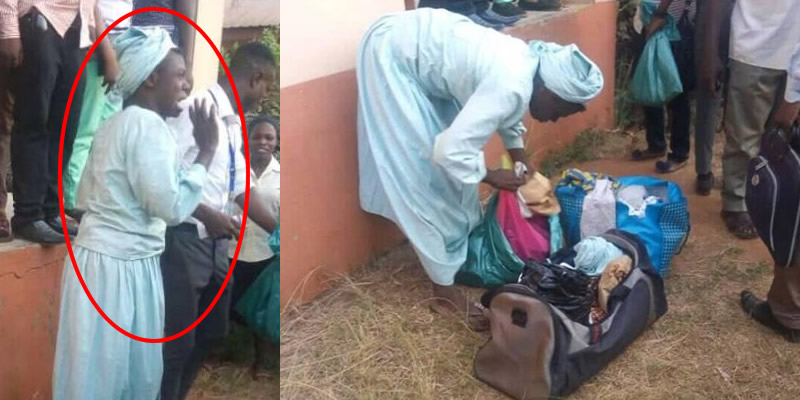 A man dressed like a woman caught with underwear yesterday at one of the female hostels of the Ogun State College of Health Technology in Ilese-Ijebu.

He was reportedly nabbed with a bag full of the underwear.

According to reports, the suspect had gone to the hostel under the guise of selling ice cream. However, when leaving, he was found with more items than he went in with.

This prompted the security guards to demand for a search, only to find a bag full of underwear with him.

It was later discovered that he dressed up like a woman to make his operation easier. The suspect has since been handed over to the police for thorough investigation.

Deontay Wilder and Tyson Fury: ‘If you think you can beat Anthony Joshua, come get him’ – AJ’s manager, Eddie Hearn

PHOTOS: Man pretending to be mentally unstable nabbed with lifeless baby in Ogun