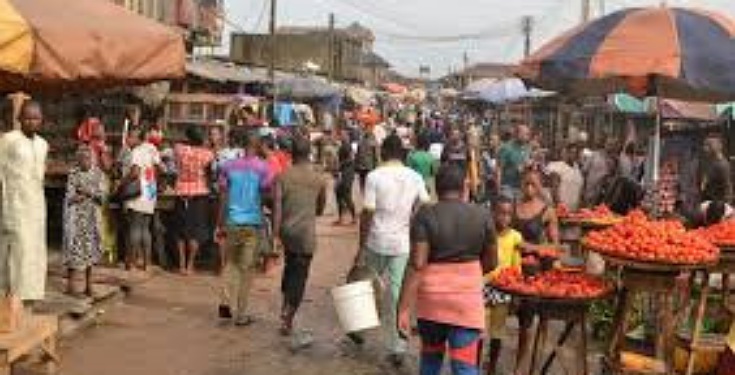 There was shock at the popular Igbudu Market in the Warri South Local Government Area of Delta State on Tuesday, April 7 as a yet-to-be identified man reportedly slumped and died while shopping.

Within Nigeria gathered that the man had gone to the market to buy foodstuffs when he slumped and died.

According to newsmen, the incident occurred around 9am.

A source at the scene said, “The man was at the market to purchase foodstuffs and after buying tomatoes and pepper, he wanted to buy fresh fish. Somebody directed him to where fresh fish was being sold. On his way to where he would get the fresh fish, he slumped and died.

“The man might have died as a result of hunger. He was moving like someone, who had not eaten for days.”

“It is true, but we don’t know what happened; we are not doctors. The man just slumped and died,” the PPRO stated.