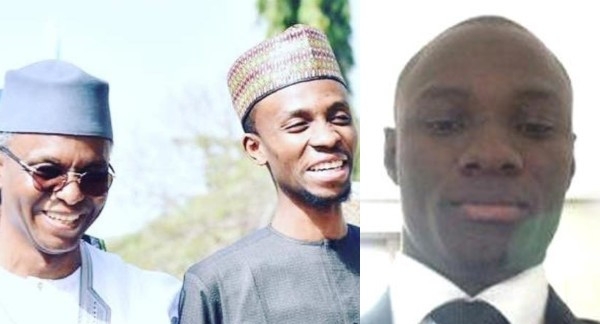 Son of Kaduna State Governor, Bello El-Rufai has threatened to make sure his lawyers get to popular journalist, Samuel Ogundupe over his report.

While thanking Samuel for completing the jigsaw, the Kaduna Governor’s son averred that the onus to prove usage/threat of rape is on the journalist.

He further stated that he is eagerly anticipating a #FreeSamuel hashtag for the journalist he described as a hired PDP columnist.

Oh @SamuelOgundipe, our hired PDP columnist, you in particular were the last piece of the puzzle. I assure you that my lawyers will get to you to prove the usage/threat of rape. The onus is on you. I eagerly anticipate the #FreeSamuel hashtag. Thanks for completing the jigsaw. 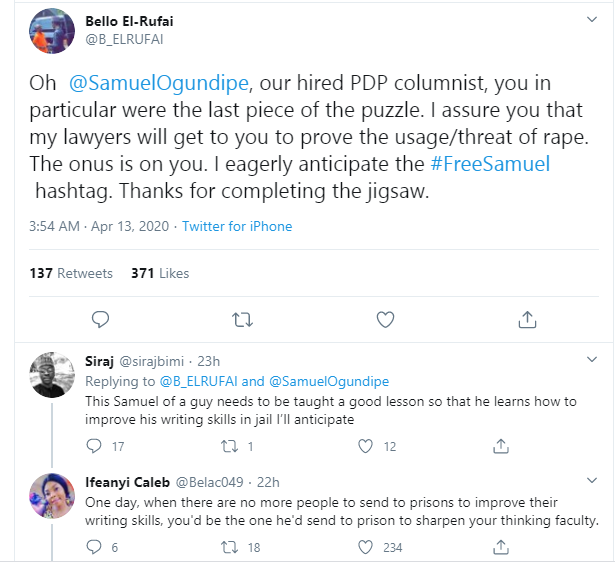 Some Nigerians who reacted, accused Bello of forgetting that power is transient. See some tweets below; 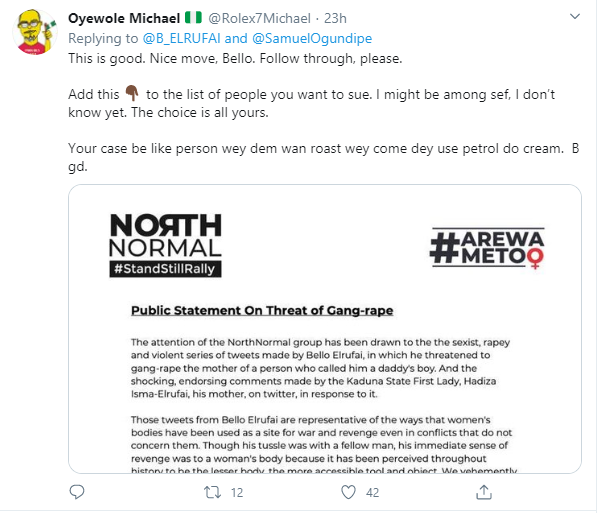 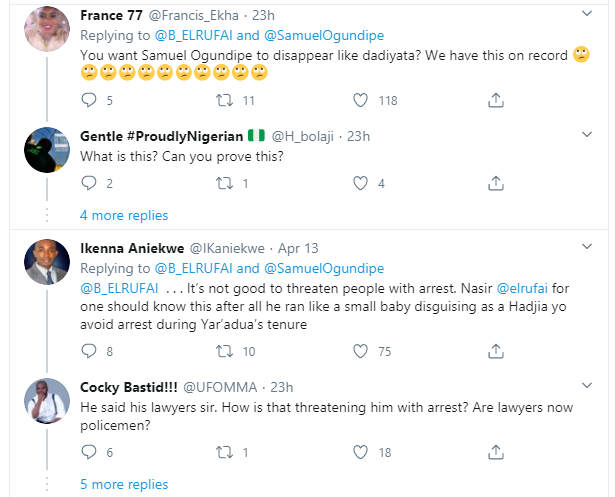 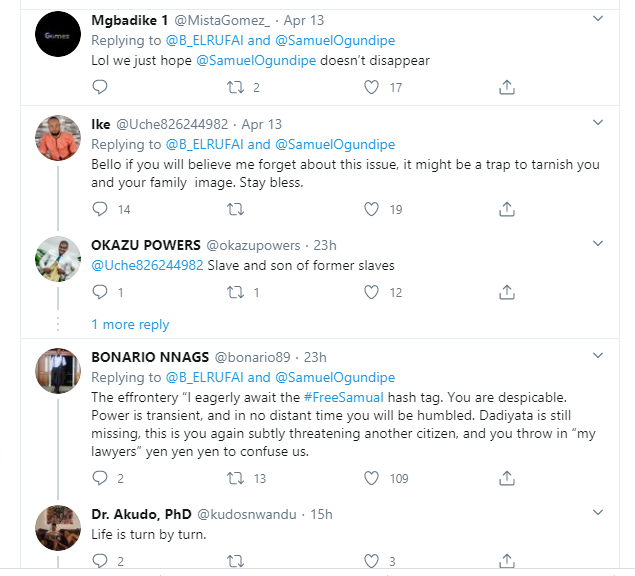