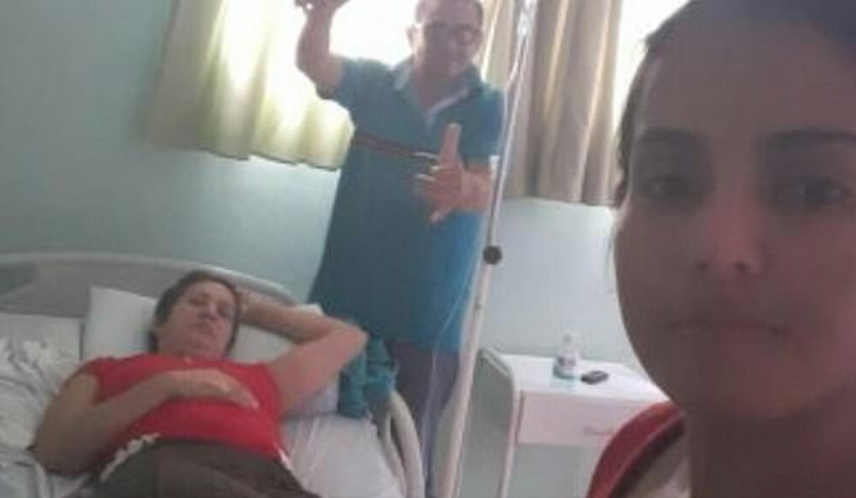 Barely two hours after she was admitted, a 50-year-old woman, who was declared dead, by a doctor at a private clinic in east-central Paraguay, miraculously came back to life.

Gladys Rodríguez Duarte woke up as funeral parlor workers were about to start preparing her body for burial.

Gladys, who is an ovarian cancer patient, was rushed to San Fernando Clinic in the city of Coronel Oviedo on Saturday morning after her high blood pressure increased.

A Paraguay National Police report said the 50-year-old woman was admitted to the hospital at 9:30am local time and was checked by Dr. Heriberto Vera.

Dr. Vera declared Rodríguez Duarte dead at 11:20am before breaking the news to her husband Maximino Duarte Ferreira and daughter Sandra Duarte.

The physician confirmed her cause of death as cervical cancer.

Speaking on the situation, the woman’s daughter Sandra Duarte criticised Dr. Vera’s quick judgement to declare her mother dead instead of attempting to bring her back to life.

‘He assumed she was dead and handed her naked to me like an animal with her death certificate. He didn’t even revive her,’ Duarte said, according to Paraguayan television network TV Aire.

‘We trusted him, that’s why we went there. But they disconnected her and passed her off to the funeral home.’

The Duarte and Sons Funeral, who made the shocking discovery told investigators that Rodríguez Duarte was moving inside the bag after the hospital handed the body bag containing the woman’s body.

According to local reports, Rodríguez Duarte was immediately taken to one of Paraguay’s Social Welfare Institute medical facilities and placed under observation.