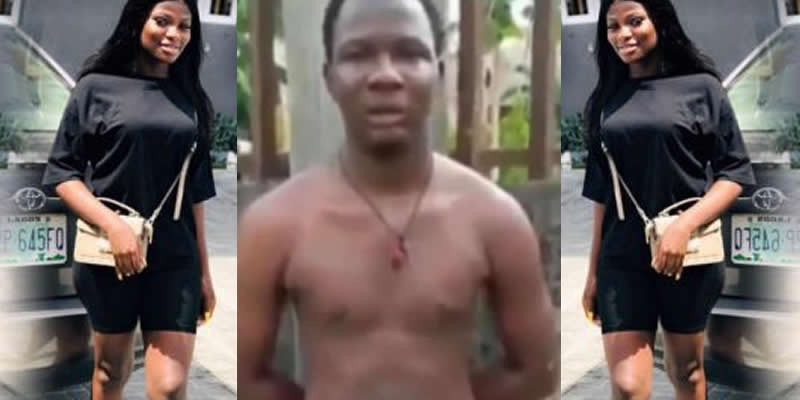 After our report about the incident on Sunday, the Lagos State Police Public Relations Officer, Bala Elkana, released a statement and confirmed that the incident took place at G54, Army Post Service Housing Estate, Ojo, Lagos, where they both lived in Ifeanyichukwu’s N600, 000 per annum apartment.

“Ifeanyichukwu met the victim on Feb. 28, 2019, through a hookup and she moved into his house in March. He has been into internet fraud for the past three years, where he gets the proceeds for renting the apartment.

They have since then, inhabited as lovers because her parents live apart,” the police spokesman said.

He said that Ifeanyichukwu brought Tolani into his house with conditions that she would quit prostitution and stick to him alone. “However, trouble started on Thursday when the victim left home to fix her hair and did not return until the next day.

She equally left the house on Friday under the guise of visiting her father but ended up seeing another man. Ifeanyichukwu got to know on Saturday when she returned by scrolling through her phone and saw her chats, video calls and pictures of herself naked which she sent to her client,” Mr Elkana said.

He said that the suspect (Ifeanyichukwu) became angry and used the petrol he kept for his generator to set her ablaze (watch video here). A team of detectives visited the scene and the victim has been taken to General Hospital, Igando where she was admitted but died in the early hours of Sunday.

The Lagos State Commissioner of Police, Hakeem Odumosu, has directed the immediate transfer of the case to Criminal Investigation Department Yaba. The suspect confessed to the commission of the crime and will be charged to Court for murder,” the statement concluded.