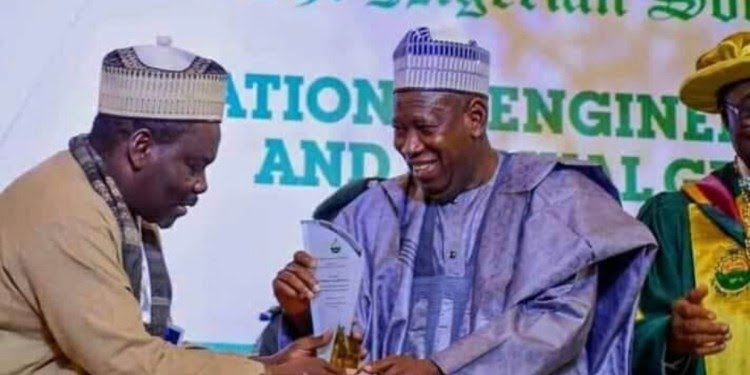 Governor Abdullahi Ganduje of Kano State has sacked the state commissioner for Works and Infrastructure, Muazu Magaji, for rejoicing over the death of the Chief of Staff to President Muhammadu Buhari.

Recall that the President’s Chief of Staff, Abba Kyari was announced dead today.

Following his death, it was learnt that the commissioner took to his Facebook page to express his happiness over the death of the deceased, chief of staff Mallam Abba Kyari.

Meanwhile a statement signed by the commissioner for Information, Malam Muhammad Garba confirmed his sack.

According to the statement, “the commissioner was removed following his unguarded utterances against the person of the late Chief of Staff to the President, Malam Abba Kyari.

“As a public servant, the commissioner ought to have respect the profanity of the office by refraining from any act capable of rendering the office to disrepute.

“The action of a public servant, personal or otherwise reflects back on the government and therefore, the Ganduje administration would not tolerate people in official capacities engaging in personal vendetta or otherwise,” the statement read.