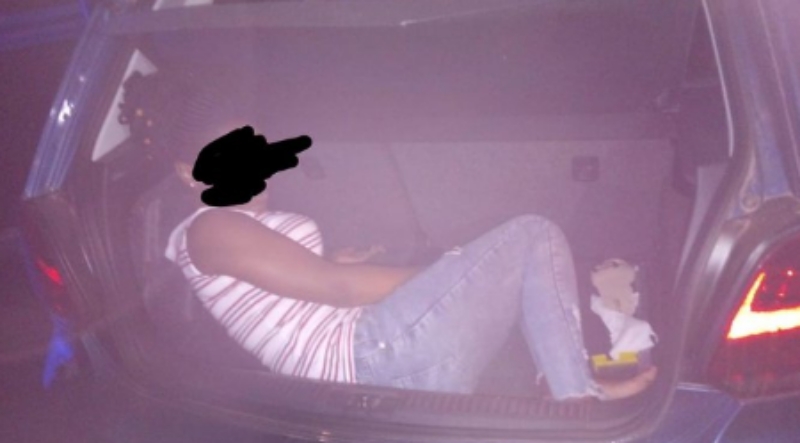 Lockdown: Man arrested for attempting to smuggle his girlfriend in his car booth

Drama as Police reportedly arrest a South African man for trying to smuggle his girlfriend in the back of his car amidst a nationwide lockdown to curb the spread of COVID-19.

An official of the province of Gauteng disclosed that the woman was found in the car booth during a stop and search at a roadblock in the province.

The driver who did not have a permit, was headed to the Eastern Mpumalanga province.

According to authorities, the woman was also arrested for consenting to be smuggled.

Recall that South Africa government imposed a nationwide lockdown on March 24th for three weeks but the lockdown has been extended until the end of April.