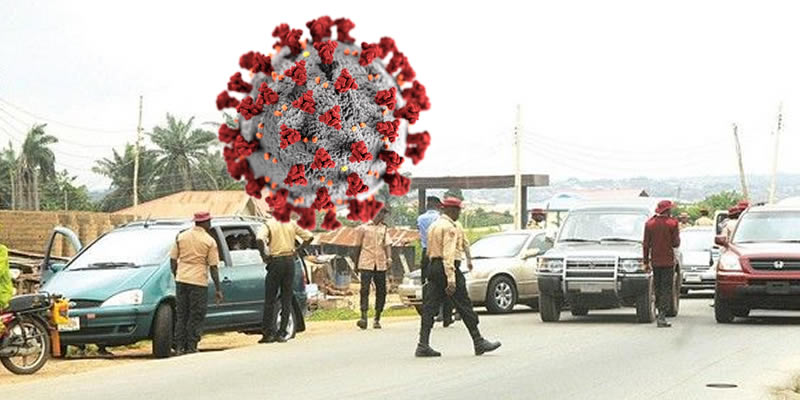 Some people transporting a corpse suspected to have died from COVID-19 complications from Oyo state have been intercepted by the Osun State Police Command.

WITHIN NIGERIA learnt that the dead body was being transported around 6:30 pm in Mazda 323 car with registration number KFS 409 EH was intercepted at Odo-Oba border point in Iwo local government area of the state.

According to report, the driver of the car in the company of others was transporting a sick person from Ibadan into the state before they were intercepted at Iwo border post and asked to return to Ibadan since Osun borders were closed to traffic.

A source revealed that some health officials further interrogated the occupants of the vehicle where it was discovered that one of them, who was coughing intermittently, was sick.

It was further learnt that the sick man identified as Yusuf Ishola who was in the car throughout the period of interrogation died in the car after coughing uncontrollably.

The security operatives in conjunction with local government officials at the checkpoint insisted that the vehicle return to Ibadan in Oyo state.

According to report, the driver identified as Ismaila Ademola turned the vehicle but rather than returned to Ibadan, decided to hide in a bush path, waiting for security operatives to leave the spot.

However, luck ran out for them as the team also combed the bush path, discovered them and led them back to Oyo boundary town.

The team also ensured that it handed over the vehicle and its occupants to ASP Adebayo Michael at Iyana Offa in Oyo state.

However, while confirming the incident, Osun State Police Public Relations Officer, Yemisi Opalola said the car was transporting a corpse in company of others before it was intercepted at the border check point.

She said the vehicle was stopped because of the lockdown order in the state and was directed to return back to Oyo state because the medical team attached to the police point suspected that the deceased died of coronavirus.

Osun State Government had since the outbreak of coronavirus closed its borders to vehicular movement in and out of the state as a measure to control the spread of the pandemic disease.