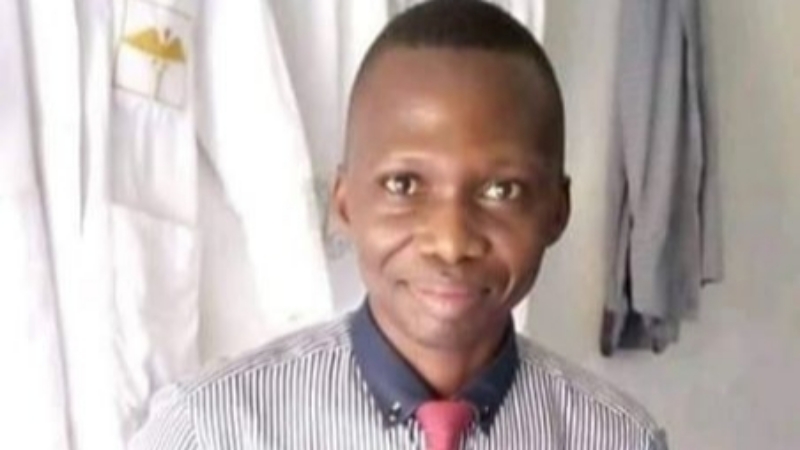 Tragedy as a Nigerian doctor identified as Dzuana Vanen Philip reportedly lost his life to Lassa fever barely months to the end of his housemanship.

WITHIN NIGERIA learnt that Dr Dzuana got admitted into Benue State University after several years of applying for Medicine and Surgery at other universities.

It was gathered that the deceased got inducted in the middle of 2019 and started his housemanship at Federal Medicak Center, Makurdi.

According to report, the deceased who was expected to complete his housemanship in 4 months time, contracted Lassa fever and was initially managed at Benue State University Teaching Hospital before being transferred to Irrua Specialist Hospital.

The deceased died in the early hours of Wednesday April 1 and will be cremated in line with the National guide line for management of Lassa Fever patients.

SO SAD WE LOST HIM.

Dr. Dzuana Vanen Philip was a very intelligent, careful and meticulous doctor. He graduated from the prestigious Mount St. Gabriel’s Secondary School, Makurdi in 2004 with a fantastic result from both WAEC and NECO. He wrote UTME many times applying for medicine and surgery at Uni Jos, ABU and Maiduguri. He rejected many admission offers and insisted his calling was in medicine. He finally got admitted on merit list in 2009 at BSU to read medicine and surgery. While in medical school he demonstrated a high level of maturity, intelligence, academic resilience, discipline and diligence.

Dr. Dzuana will be remembered for his selflessness and humility in his daily interaction with course mates and colleagues. He graduated in 2019(10years school duration) after a protracted stay in medical school ocassioned by lack of accreditation at BSU. He was inducted in the middle of 2019 and started housemanship at FMC Mkd, where he has been for the last 8 months. With just 4 months away from the end of housemanship, Dr. Dzuana took ill and was later confirmed to have contracted Lassa Fever, was initially managed at BSUTH but was later transferred to Irrua Specialist Hospital where he had two sessions dialysis on account of kidney failure.

He finally gave up in the early hours of Wednesday 1st April, 2020. Sadly he will not be buried at his ancestral home. He will be cremated in line with the National guide line for management of Lassa Fever patients.

At this very difficult moment when the world is battling with a Pandemic (Covid 19), we still have with us the likes of Lassa and other tropical illnesses ravaging us. God console us and Grant the soul of Dr. Dzuana eternal rest.