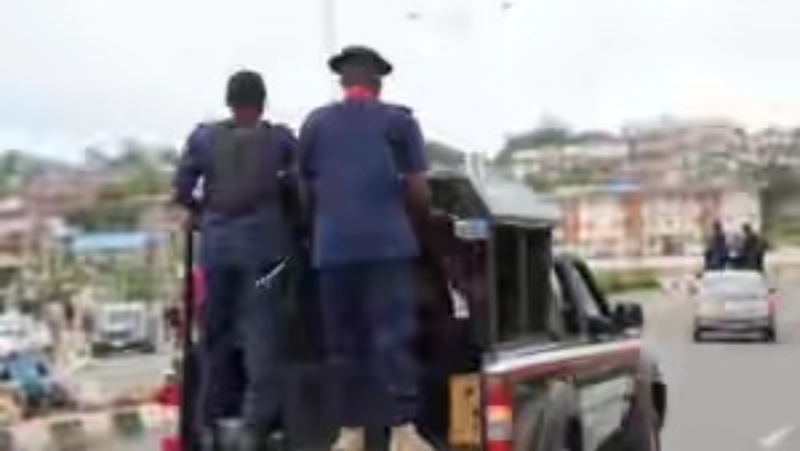 Operatives of the Nigeria Security and Civil Defence Corps have arrested 2 Nigerien sisters alongside one male suspect identified as Abdullahi for allegedly serving as informants to bandits in Anka local government area of Zamfara State.

WITHIN NIGERIA learnt that the suspects were arrested along Bagega road in Anka council area by NSCDC operatives on surveillance patrol who acted on intelligence.

According to report, the male suspect identified as Shafiu confessed that he assisted a suspected leader of a cattle rustling and kidnapping gang simply identified as “Shaho” by supplying him and other items.

Reacting to the development, the corps commandant identified as Aliyu said the two sisters from Madawa district of Kwanni in Niger Republic, Binta and Balki Hussaini are girlfriends of a bandit identified as “Jijji”—believed to be among cattle rustlers terrorising residents of Anka.

“Preliminary investigation activities against the suspects is completed and the command will soon transfer them to other sister agencies for further investigation and determination.”