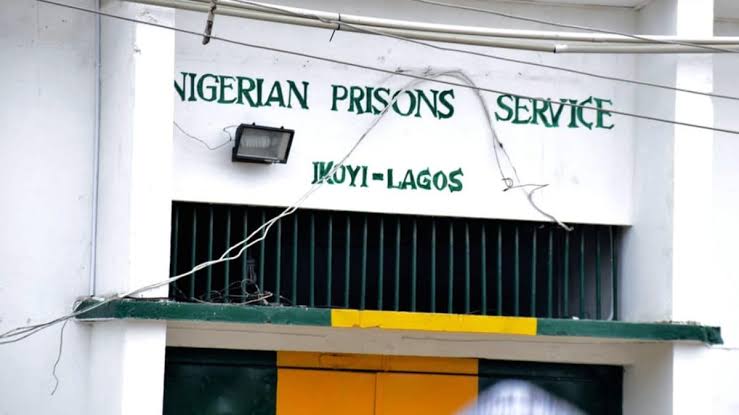 As part of its adherence to Federal Government’s directives on amnesty for 2,600 prisoners nationwide, the Ikoyi Custodial Centre in Lagos State has freed 53 of its inmates.

The Deputy Controller of Correction (DCC), in charge of the Centre, Mr Ayoola Opadeji, in his farewell address to the 53 inmates on Tuesday in Lagos, urged them to adhere strictly to good character learnt while in custody.

Opadeji said before the decongestion exercise, the number of inmates at the Ikoyi custodial centre was slightly above 3,000.

“This number exceeded the capacities on ground.

“However, this decongestion will impact the Custodial Centre positively,” he said.

The NCoS Lagos command spokesman, Supt. Rotimi Opadokun, at the farewell parade confirmed that 18 inmates would also be released in Badagary custodial centre in Lagos.

One of the 53 freed inmate, Mr Peters Odibo, thanked the Federal government and Lagos State Government for the amnesty.

He said while in custody, he lost hope in life, but now appreciated freedom.

Obibo added that he was able to learn different lessons and obtained new skills.

Odibo, however, advised the government to increase the facilities and staff strength at custodial centres.

“With my experience at this custody, the ratio of staff to inmate was 1:50,” he said.

Another freed inmate, Mr Moses Stephen, advised the youth to be of good behaviour.