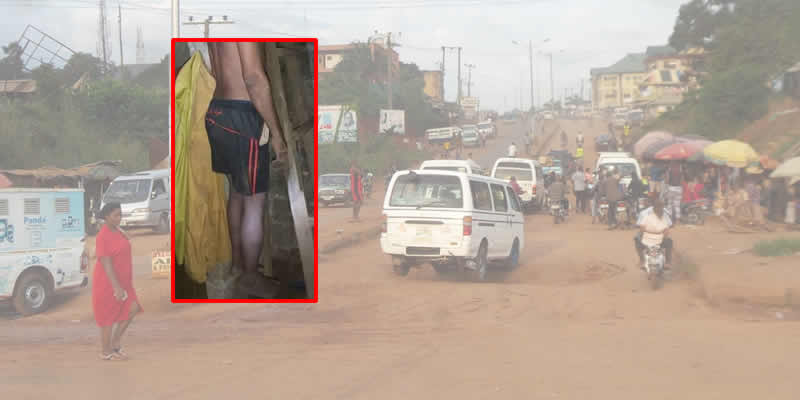 WITHIN NIGERIA learnt that the neighbour of the deceased alerted the police after he found hanging from the roof of his house.

As at the time of reportage, the police is yet to ascertain the cause of the suicide act but sources in the community claimed that he expressed frustration with life over the lockdown declared by the state government to curb the spread of COVID-19.

Reacting on the tragic incident, the Police Public Relations in the state, Orlando Ikeokwu confirmed the incident and said that Ezuruike’s corpse had been taken to a morgue.

“On April 27, acting on a report, operatives of the Divisional Police headquarters in Mbieri moved to Umudafa, Awo Mbieri, Mbaitoli LGA, in a house belonging to one Osita Ezuruike, 45, and met the lifeless body of the said Osita hanging. The reason for taking his own life could not be ascertained. However, the corpse has been removed to the morgue, while an investigation into the incident has commenced.” Ikeokwu said.

NB: Pictures are graphic in nature.

Okorocha to Uzodimma: You can not rename my university, Eastern Palm