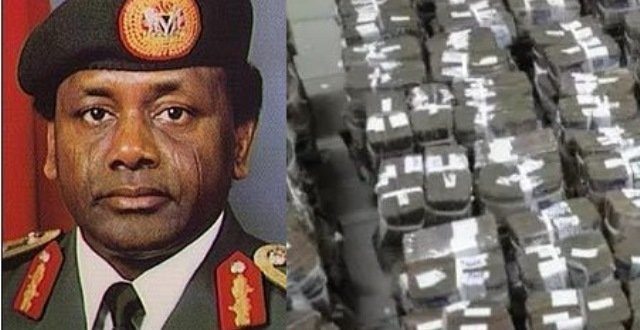 The United State Government has disclosed that another separate $152 million is still in active litigation in the United Kingdom besides the $311 million Abacha loot returned to the Nigerian government last week.

According to the United States Mission in Nigeria, the $152 million cash is distinct and separate from an additional $167 million in stolen assets also forfeited in the United Kingdom and France.

This was disclosed on the verified Twitter of the US Mission; @USEmbassyAbuja while speaking on the transfer of the funds back to the country.

The US mission explained that the transfer of funds is an important first step in the disciplined implementation of the agreement between both countries.

The US Government in the statement, said: “On May 1, the transfer of $311,797,876 from the United States Government to the Federal Republic of Nigeria was completed in accordance with a February 3, 2020 trilateral agreement among the governments of the United States, Nigeria and the Bailiwick of Jersey to repatriate assets the United States forfeited that were traceable to the former Nigerian dictator Sani Abacha and his co-conspirators.

“These funds will be used by the Nigeria Sovereign Investment Authority for three infrastructure projects in strategic economic zones across Nigeria, as authorized by the Nigerian government.

“The recovered funds will help finance the construction of the Second Niger Bridge, the Lagos-Ibadan Expressway and the Abuja-Kano road.

“These investments will support Nigeria’s economic development and benefit all of the Nigerian people. The agreement includes mechanisms for monitoring the implementation of these projects as well as external oversight.