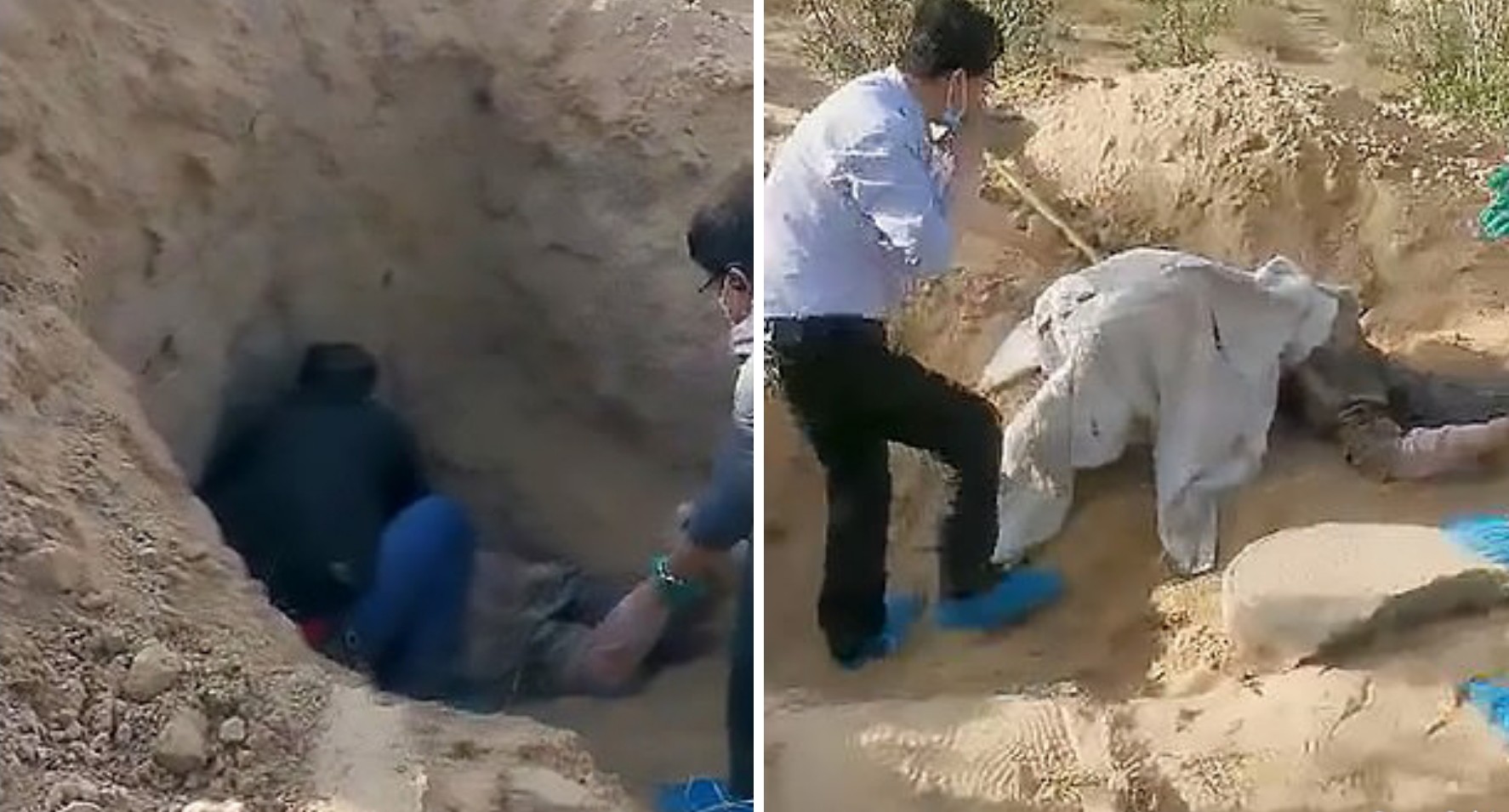 It is gathered that the woman was rescued from a deserted tomb where her son allegedly by her son buried her alive. She was trapped in the pit for nearly three days, authorities have said.

An investigation into the incident is underway and her son Ma is facing an attempted murder charge.

The woman’s son has been arrested for attempted murder after his mother who he buried was rescued alive.

Disturbing footage shows Ms Wang covered in mud while being pulled out from the burial pit by two police officers. 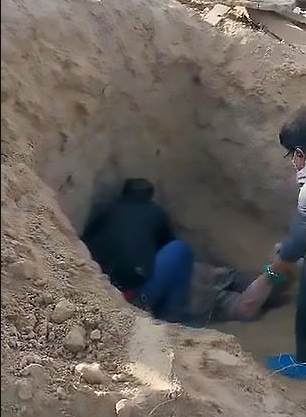 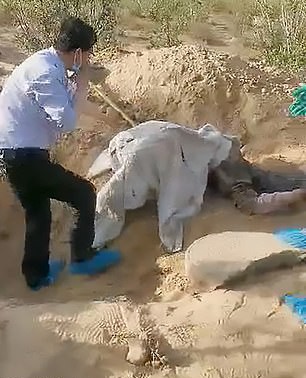 The police is said to have been alerted by Ms Wang’s concerned daughter-in-law, known by her surname Zhang, according to an official statement.

According to Ms Zhang, her husband pushed his mother out of their family home around 8pm on May 2 but returned home without her.

She said he had told the family he had sent the pensioner, who cannot walk by herself, to visit relatives; but his wife became suspicious.

The police immediately summoned Mr Ma for interrogation during which the son confessed that he attempted to bury his mother alive in an abandoned tomb.

Officials soon located the burial pit and started digging the tomb after hearing someone screaming for help.

They surprisingly found the paralysed mother still alive after nearly three days without food or water.

She was rushed to a hospital, and is currently in a stable condition. Ma remains in custody.