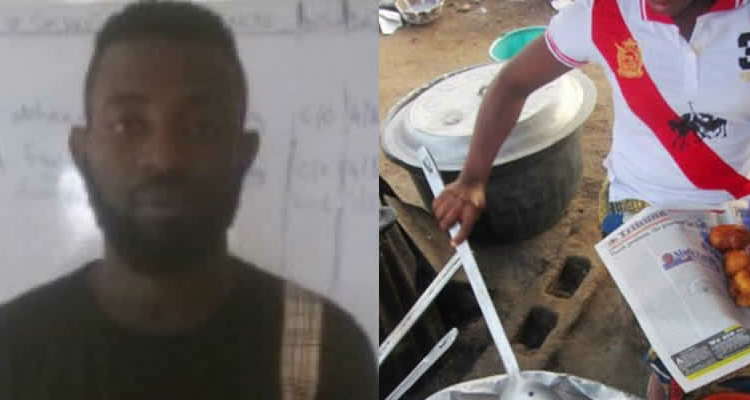 A 29-year-old man identified as Buhari Abiola, has been arrested for allegedly raping a 21-year-old potatoes and bean cakes seller at Church Street, Ojere, Abeokuta, Ogun State on the 7th of May, 2020.

According police spokesman, Abimbola Oyeyemi, the rapist lured the trader to his house and had forceful carnal knowledge of her.

His arrest followed a report from the victim who reported at Adigbe divisional headquarters that while she was selling her wears, the suspect came to buy and asked her to come and collect money in his house which is a stone’s throw away.

She further stated that on getting to his house, the suspect forcefully dragged her into his room where he had carnal knowledge of her against her consent.

On interrogation, Abiola confessed that he raped her. He stated that he had been making advances to her for quite some time but she had been turning him down and when he saw her selling fried potatoes, he decided to use that as a bait to get her in the bed.