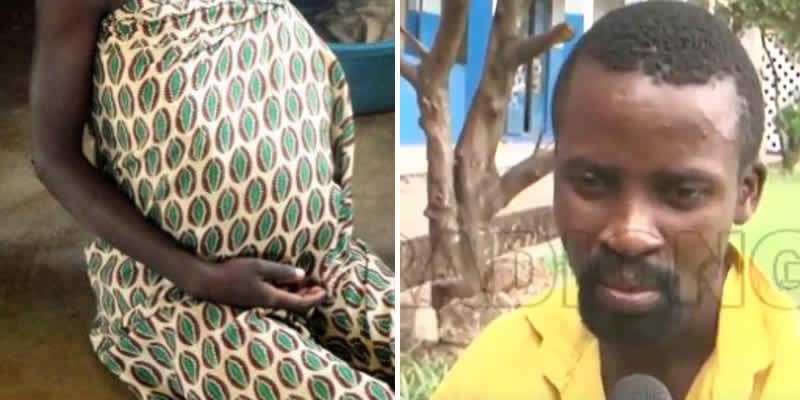 I touch her whenever my body moves, single father who impregnated daughter in Edo speaks on how it started

A single father, Patrick Ayesan, age 38, who was arrested after he impregnated 18 years old daughter has revealed he usually sleep with her whenever the urge comes.

Patrick’s confession was made during a parade by the Edo State police Command. According to him, the incest relationship with his daughter started since January 2020, adding that he slept with her whenever the urge for sex came.

He also disclosed that the mother of the girl is no more with him, hence his decision to turn to his daughter for sexual satisfaction. He said he and his daughter stayed together at Okosa community.

After the suspect’s confessional statement, he was charged to court and consequently sentenced to 10 years imprisonment while his daughter is currently with the state Ministry of Women Affairs and Social Development.