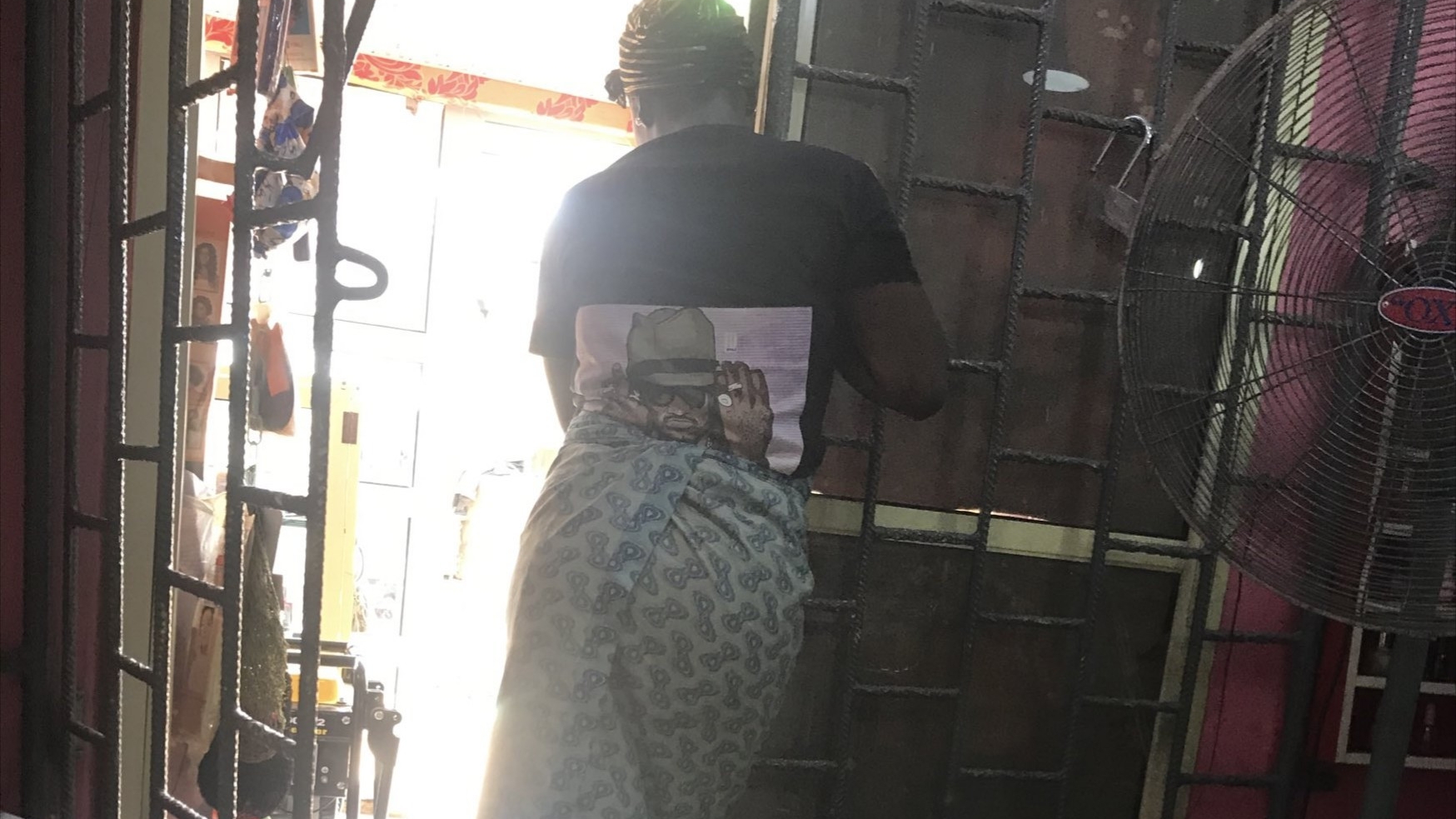 As cases of domestic violence become rampant in the society despite awareness, another case of a pregnant woman who reportedly ran into a studio to escape her husband who wanted to beat her has surfaced online.

This was revealed by a make-up artist with a Twitter handle @queenyetty who claimed that the husband wanted to beat the pregnant woman for not cooking early.

She wrote: “This pregnant lady just ran into my studio, she fell down at the entrance and I quickly rushed to help her. It turns out that her husband was the one chasing her, he wanted to beat her for not cooking early. Wtf”

She added: “And the man is still trying to force his way in just to come beat her! Mr Man if you try nonsense here police go carry you! Animal.” 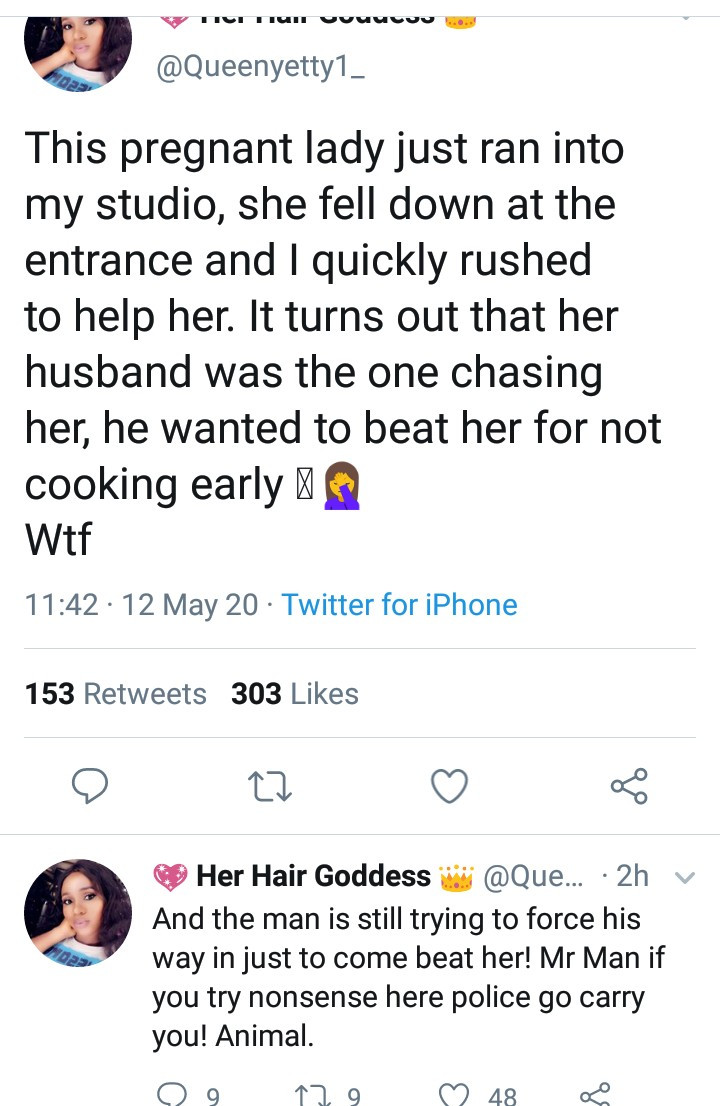 She later gave an update, writing: “She’s still here waiting for him to go so she can leave.” 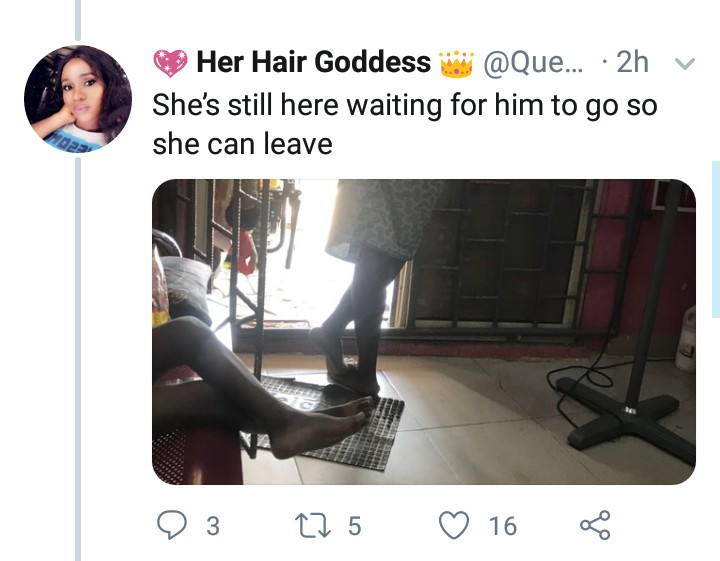 As at the time of filing this report, the location of the incident is not yet ascertained.

Twitter user have asked her to report the domestic abuse incident to the appropriate authorities. 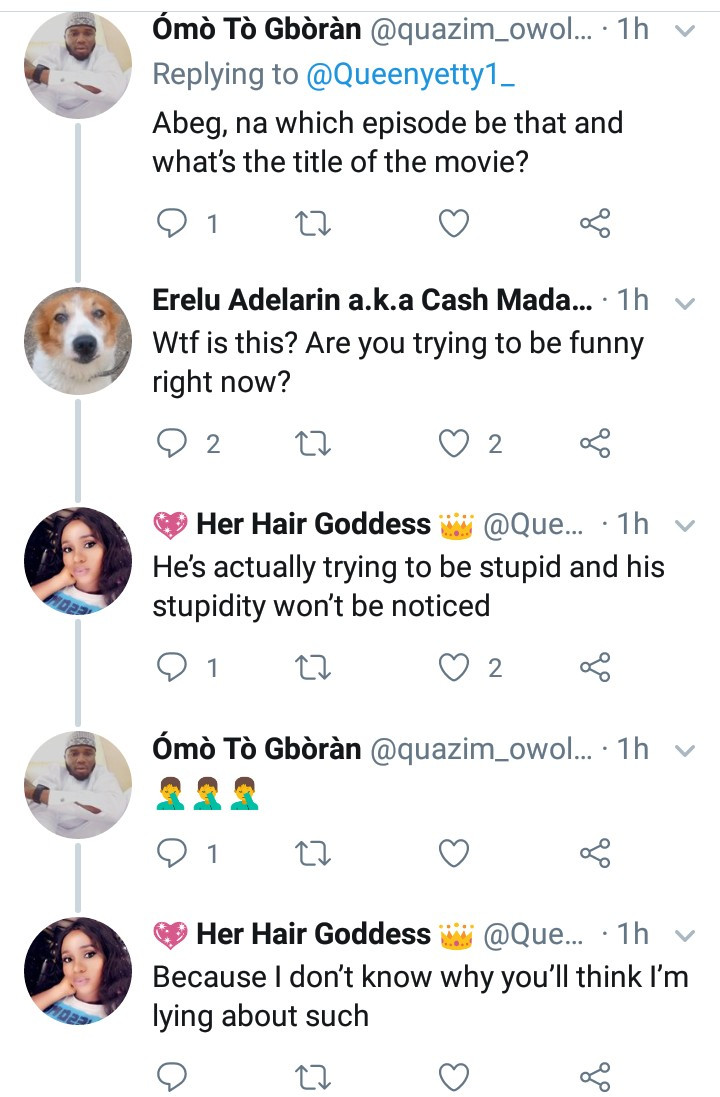