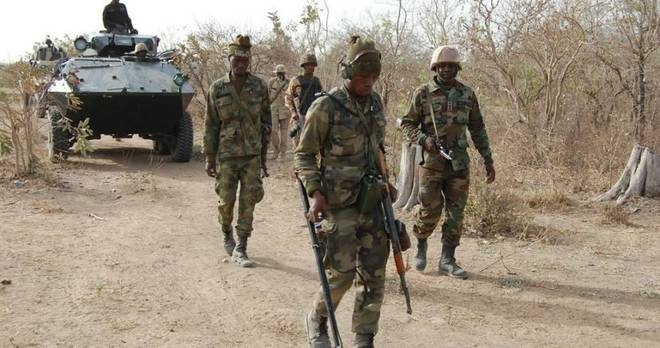 The narrative that the rambunctious and puffy leader of the Boko Haram terrorists group, Abubakar Shekau, has been devastated to the point that he has not only become sober but is pleading for mercy would have been unimaginable in the recent past.

Indeed when the audio tape of the Boko Haram leader was released by a major news medium, many did not believe it initially until it was confirmed by multiple sources.

Shekau, through media preps and hype has over the years  succeeded in not only terrorising the minds of people, but has succeeded in creating a myth of invincibility about himself.

But it is true that the Boko Haram leader in a new audio, not only admitted being weakened but cried for mercy seeking protection against the firepower of the Nigerian military.

Shekau in the 1:22 seconds audio, cried that he and his men are facing difficulties  due to what he called the  devilish act and wickedness of the Nigerian military.

The ululations of Shekau is  not without basis.

Since March when Lt. Gen. TY Buratai moved to the theatre of war in Borno State, the fight against insurgency and terrorism took a new dimension with the Nigerian military giving the insurgents hell in each encounter.

The sustained offensive has recorded a series of successes against the Boko Haram and ISWAP terrorists fighting on the fringes of Lake Chad region.

In March, Nigerian troops eliminated not less than 20 top Boko Haram commanders including one Abu Usamah, and over 100 of their fighters who were hiding in Kwalaram, Ngilewa, Sabon Tumbu, Bukarmairam, Wulgo in the Marte and Gamboru Ngala axis as well as in Gorgi, Damboa local government of  Borno State.

The troops followed up on that with the  killing of 105 insurgents in Buni Gari and captured many weapons in April and on the heels of that in May, killed 134 of ISWAP and  Boko Haram members  and  arrested 28 of their informants and overran their camps in Durfada, Allafha, Timbuktu, Bulajibi and Gonikurmi near the Sambisa forest.

These appear too good to be true but all facts relating to the success have been fact checked and confirmed by security experts, the media and other independent bodies .

The question now is what has made it possible for these successes to be recorded within a short time and in the magnitude attained.

Hitherto, the killing of even tens of insurgents given the asymmetric nature of the fight and the lack of clear demarcation between the terrorists and civilian communities have been celebrated,  but in less than two months, over 500 of the terrorists and not less than 40 of their top commanders and informants have been  taken down bringing them to their knees and begging for mercy.

The secret has to do with the current leadership of the military and the experience of the person leading the assault on the insurgents at the Lake Chad region.

Buratai undoubtedly is one of the best war commanders and intelligent military tactician Nigeria and indeed Africa has ever had.

Since he began leading the Multinational Joint Task Force against insurgency the pressure tilted on the terrorists.

Pathetic stories of troops fleeing from battle fields in what was known as tactical withdrawal stopped completely.

Troops and their commanders who have worked directly under Buratai have described him as motivation personified.

Troops tell the story of one of his first appearances in the theatre of war after he was appointed chief of army staff. While addressing soldiers in their camps,  shots, apparently from the insurgents were heard from the nearby bushes and the COAS was said to have given an order for the troops to follow him to take down the ‘irritants.’

Since confirming that the Army Chief is serious about winning the battle due to the zeal and courage he exhibits, troops no longer have cause to doubt the sincerity of their commanders and have been motivated to push harder.

Seeing that the new helmsman is  not one that would hole himself up in a guest house partying while troops are in the battle field but one that is prepared to be in the battlefield with them, troops regained their confidence and moved with gusto.

The Boko Haram and ISWAP fighters must noticed the change in the fighting spirit of troops and must have been asking themselves if these were the same set of troops that were scared of confronting them that many of them were said to have even deserted the army out of fear.

The fact is, Buratai, thinks, eats and drinks battles. He sees military engagement and combat as every drill that should be expected by any serious soldier no matter the rank.

Those close to him say he devotes his time to study and  planning war strategies and is meticulous and thorough in execution.

He is said to have studied all the strategies of war heroes like Chaka Zulu, Khalid ibn Walid, Hannibal, Alexander the Great, Napoleon Bonaparte and others.

War experts and security analysts maintain that given the depth of knowledge and experience Buratai has acquired over the years, that it would be an insult to expect anything less from the current war against insurgency given the nature of the enemy who are mere street urchins trained by a sprinkle of rebels from Chad who serve as their commanders.

The  Army Chief’s latest innovation is said to be the strategy which involves moving reinforcement while troops are pressing hard against the insurgents which has completely overwhelmed the terrorists.

President Muhammadu Buhari has indeed made the right choice as far as the military high command is concerned.

But it is not over until it is over.

Buratai and the troops  deserve the prayer and support of all Nigerians as we can see that he and his troops are on the last lap of putting a final stop to Boko Haram and ISWAP terrorism.

Abubakar is a security expert and wrote this piece from Shomolu, Lagos.