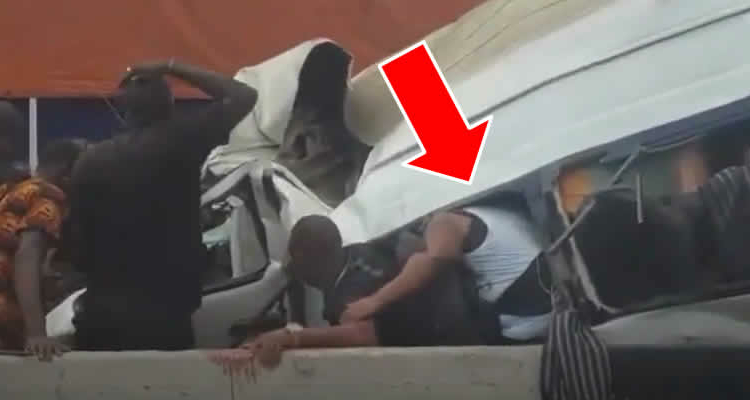 The footage of the tragic accident that occurred at the Ibadan-bound section of Otedola Bridge on the Lagos-Ibadan highway earlier today after a fuel-laden tanker crushed a Mazda bus and some other vehicles has emerged online.

Several passengers were on Thursday morning feared dead and many others left with life threatening injuries after the accident.

Officials of various agencies managing transport in Lagos State were on the ground at the scene of the accident while casualties are being evacuated and the level of casualty has not been announced by any of emergency agencies.

However, a video from the scene of accident shows how tragic the incident was and the moment sympathizers were struggling to rescue victims from the multiple accident before the arrival of emergency responses from the State government, watch video below.

In other news, a Road Safety Officer, Ahmed Lawan Dalorima has called for immediate monitoring of all doctors in Borno State after he rushed some accident victims to two hospitals only to be told that there were no doctors or nurses to attend to the injured persons.