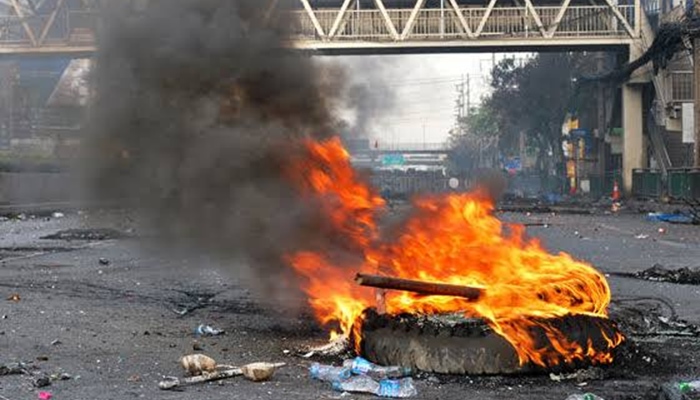 A young man known as Chima has been arrested for burning his sister to death after she allegedly slapped their mother.

According to reports, the incident happened at C.A.C bus stop in Okokomaiko, Ojo Local Government Area of Lagos State

Victoria was said to have died hours after her brother, who was said to be instructed by their mother to scold the pregnant lady over her recent actions, grabbed a jerry can already fill with Petroleum Motor Spirit (PMS) in their restaurant and doused the deceased with the content and set her ablaze.

Trouble was said to have started after the woman chided her daughter for leaving their residence to cohabit with men.

Victoria, it was gathered, did not like the scolds and in no time raised her hand against her mother, which forced Chima to grab a nearby keg to hit.

But the content allegedly poured out with some of it touching Victoria, which ignited fire leaving her with severe burns.

It was learned that the girl was initially taken to a nearby hospital on Kemberi road, Okokomaiko but doctors rejected her and referred them to Alimosho General Hospital, Igando where she was confirmed dead.