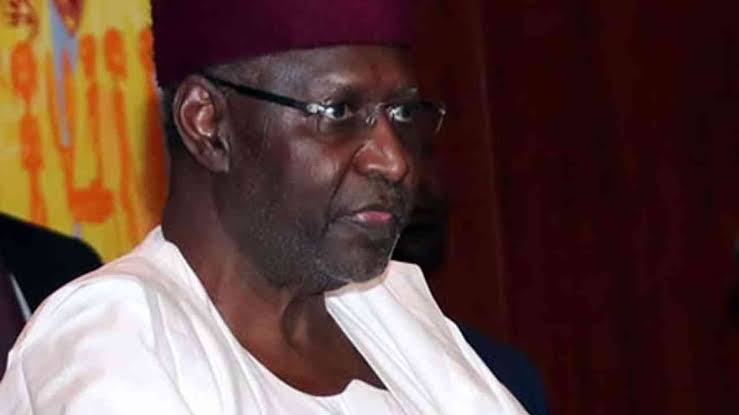 There have been report that President Muhammadu Buhari may have directed his new Chief of Staff, Professor Ibrahim Agboola Gambari to cancel all appointments and approvals made by the late Chief of staff Abba Kyari.

But Presidency, when contacted for clarification declined to comment on the report.

Kyari succumbed to the ravaging coronavirus in a Lagos hospital after testing positive to the pandemic prevailing across the globe with the number of victims steadily rising in Nigeria.

The job of the Chief of Staff makes the occupier the closet person to the President and easily the most powerful staff in the Presidency.

The death of Kyari came at a time he
was described as ‘de facto president’ and frontline field commander in the Aso villa.

When the late Chief of Staff contracted coronavirus, also known as COVID-19; the accident helped to drive home the point that contrary to general public cynicism, COVID-19 was not only real but also shows no respect for race, complexion or continent.

However, the circumstances under which the late powerful aide contracted the virus brought fresh focus his pervading influence as the de facto President.

Kyari, had, according to reports, travelled to Munich, Germany on March 7, 2020, to sign an energy supply agreement with SIEMENS on behalf of Nigeria.

While questions were raised as to why despite not being an elected official or Minister of Power, the Chief of Staff had to perform such an important role, Kyari informed his close aides that he was on a national assignment to make sure that the power supply problems were fixed.

Those close to him explained that trip was evidence of his determination to ensure that President Buhari succeeded in delivering on his electioneering promises and as a patriotic move, just as some cynics accused him of hurrying to make some deals for himself.

Mallam Kyari, according to those conversant with the inner workings of Aso Villa, had his hand in every pie, because he was “leveraging on his sound education, brilliant intellect and experience in bureaucracy and business.”

But to cynical politicians and those who feel sidelined by his ubiquitous presence around President Buhari, always point out his limited success in journalism, banking and other sectors where he had held sway, to dismiss his patriotic and keen sense of duty.

One of the areas, which detractors use to criticize Kyari’s competence, was his stint at the failed Africa International Bank (AIB), which he presided over. His political opponents tried to define the late CoS as the architect of the negative public perception of the Buhari administration, they also contend that although every government throughout history is wont to harbour a kitchen cabinet, caucus or cabal, “the remarkable distinction is whether the kitchen cabinet is public-spirited or self-centered.”

Self-centered kitchen cabinets are usually rated so low, as such it could be on account of the public perception of being self-serving that Buhari’s kitchen cabinet was referred to derogatory terms as a cabal, especially going by what happened in the administration within the last five years.