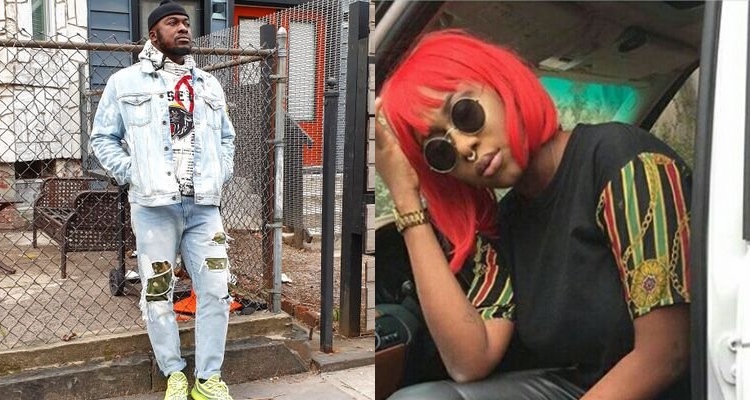 Nobody owes you, own up to your mistakes, Yemi Alade’s record label boss, Taiye Aliyu tells Cynthia Morgan

Describing Jude Okoye and Cynthia Morgan’s former Manager, Joy Tongo as good people, Taiye Aliyu in his tweets also praised Jude for being one of those who helped to shape the music business in Africa.

The Effyzie Music CEO however told Cynthia Morgan to own up to her mistakes and grow as no one owes her anything.

Artists are human beings, #cynthiamorgan own up to your mistakes and grow.

I have spoken and done business with Jude Okoye and @joytongo so many times they are good people, there is always 2 sides to a story and then there is the TRUTH. Do your research.

Nobody owes you anything, the #JUDEOKOYE template for management and labels in Nigerian Entertainment works well over time, only if you are patient. Don’t be naive, people jumping into conclusion.

Nobody, i repeat owes you nothing …. don’t bring your naive self here. People cannot own businesses because they don’t know how it works and are not patient enough to watch it grow. I want to thank baba @judeengees , for being part of the young CEO’s that have helped to shape Music business in #AFRICA. Also @joytongo has been a major force for Nigerian Artists touring the USA. Thank you Facts

No self pity here, we need to research first before you try to rip people’s integrity apart. When @judeengees speaks about his journey so far his is blunt, If he has messed up he says it clearly. We all need to grow this industry, let’s call a spade a spade, not a big spoon.

Common sense ….. is not common. The winning formula is to build good character –?it takes time, money, humility, loyalty, consistency and God. 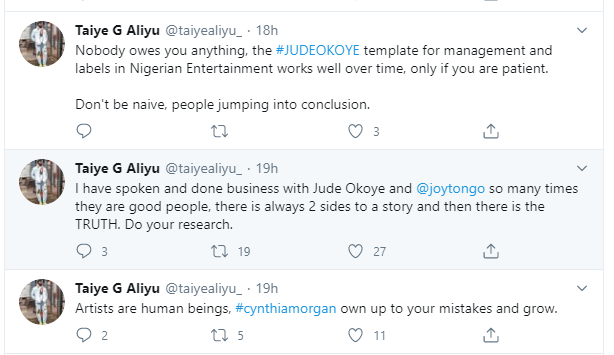 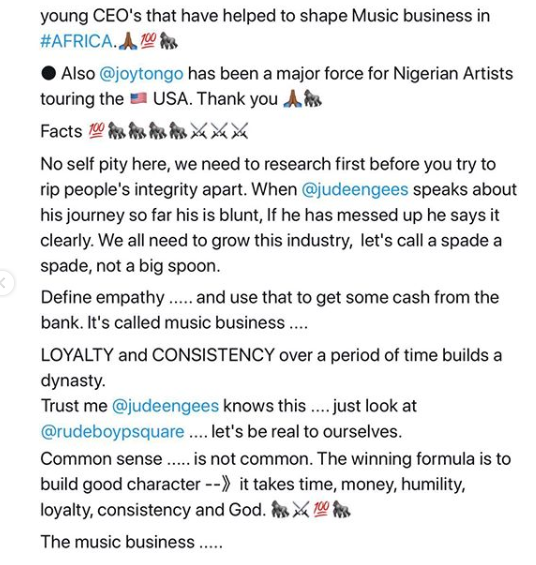