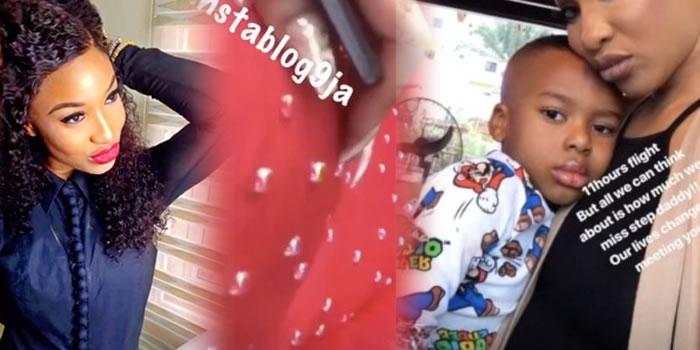 Actress Tonto Dikeh has debunked rumours of her being pregnant. The rumour started after the actress posted a video of herself rubbing a big belly. Earlier before the big belly video, the actress had revealed that she found love again on an Instagram post

Popular Nollywood actress Tonto Dikeh has debunked rumours that she is pregnant. The actress explained that she would not have showed off or talked about being pregnant on social media if she was.

A rumour about the actress being pregnant had began after she shared a video of herself rubbing on her big belly. Many had believed that she was announcing her pregnancy with the video.

However, Dikeh has noted that she is not pregnant that she had been overfed in the video. She explained that she had shared a photo of a big burger she ate earlier. According to the actress, she invented the wedding and getting pregnant in secret that celebrities are fond of doing nowadays.

She claimed that she wouldn’t have announced it on social media if she was pregnant. Read her post below:

Meanwhile, newsmen had earlier reported that the actress had revealed that she was in love again. She had shared a photo of herself with her 3-year-old with a caption talking about how they both miss an unidentified male figure.

After the actress shared a video of herself rubbing a big belly, many assumed that she might be pregnant for her new lover whom she said she and her son missed.