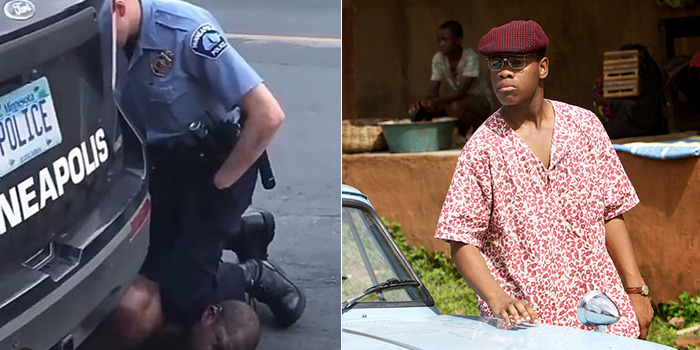 NIgerian-British actor, John Boyega has said that he hates racists in reaction to the vicious murder of George Floyd, the black man who was killed while being arrested by four white police officer in Minnesota, USA.

News of the racist act saturated the media on Tuesday after a video which showed the policeman, Derek Chauvin kneeling on the neck of the now-dead black man.

The Star Wars actor made the declaration on Wednesday morning, after paying tribute to George Floyd.

“This just burns,” he tweeted, alongside a photo of Floyd. “Seems to be a never-ending cycle. The murderers need to be charged severely. Even in the face of death, this man was given zero empathy.”

This just burns. Seems to be a never ending cycle. The murderers need to be charged severely. Even in the face of death this man was given zero empathy. #RIPGeorgeFloyd #BlackLivesMatter #JusticeForGeorgeFloyd pic.twitter.com/gyuaoC6vUh

As soon as the actor tweeted that, plenty of his fans gave him backing, while others began flooding his replies with counter-arguments.

A Nigerian man said he recently split from his girlfriend who said ‘she hates whites,’ pointing out that racism is everywhere.

John fired back: ‘I am talking about WHITE on BLACK racism. The kind that has ruined the world not caused a lil break up with your girlfriend.’

Nobody loves racists. I'm from Nigeria my ex said she hates whites so I broke up with her.

When one Twitter user took offence and told him: ‘we can’t conquer hatred with hatred. We rather say we hate their attitude.’

John shot back: I said what I said. Speak for yourself at all times x

See more exchange between John and fans below: