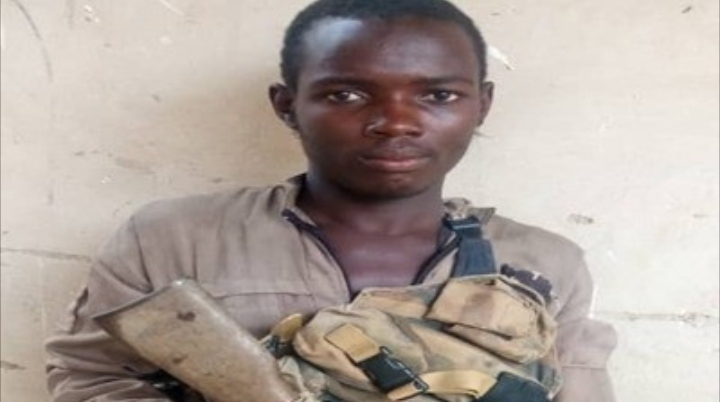 Nigerian Army has announced that a member of the dreaded Boko Haram sect identified as Yahaya Adamu also known as Saad Karami has voluntarily surrendered.

This was contained in a statement released by the Defence Headquarters today May 29.

According to the statement, Yahaya voluntarily surrendered to troops of 242 Battalion in Monguno on May 24. 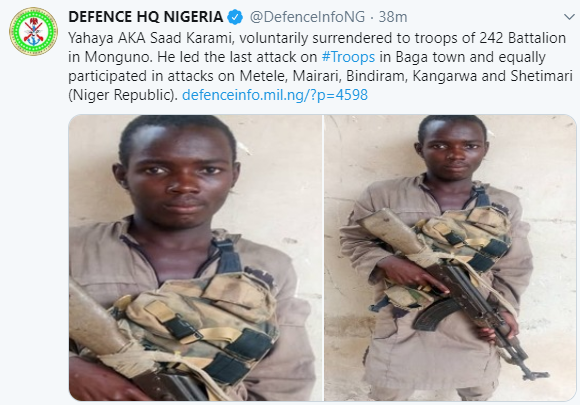 He is currently in the custody of the military.

In a related story, WITHIN NIGERIA reported that the Nigerian Defence Headquarters has disclosed some of the measures it has instituted to curb the spread of Coronavirus in the fight against terrorism especially on captured Boko Haram members.

Coordinator of defence media operations, John Enenche while speaking at a media briefing in Abuja said captured Boko Haram members are provided with face masks and also quarantined to curb the spread of Coronavirus.