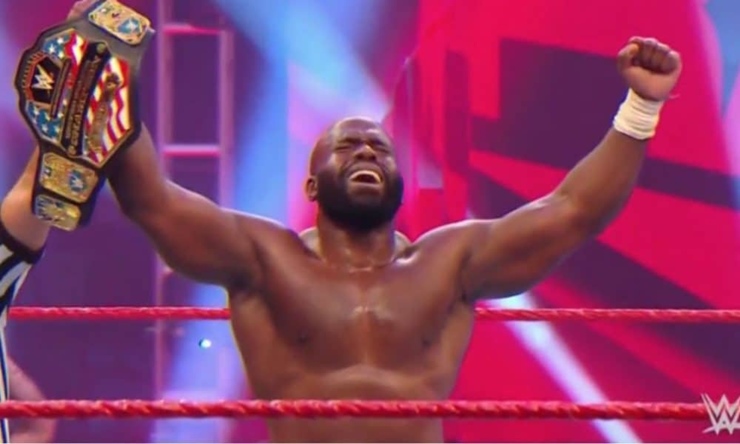 The fighter dethroned former champion Andrade to win his first-ever title in the WWE rings.

According to newsmen, the immediate ex-champion didn’t respond well to the defeat handed to him by his opposition

The victory would delight Crews after stopping the person who prevented him from participating in the Money in the Bank ladder match.

Reacting to his victory, he wrote;

Reports reveal that the 32-year-old had booked his place in the men’s event ahead of his clash with Andrade on the April 27 edition of Raw.

However, he tweaked his knee over the course of the bout, and El Idolo subsequently targeted it to such an extent the referee called for the bell.