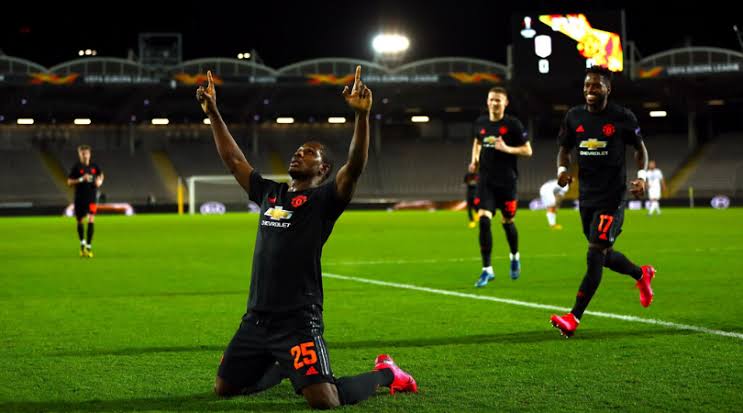 Shanghai Shenhua and the Red Devils failed to reach an agreement over a deal for Odion Jude Ighalo.

With loan deal ending, reports have it that Premier League giants Manchester United have failed to reach an agreement for Odion Ighalo’s loan extension with Chinese club Shanghai Shenhua.

The 30-year-old arrived the Old Trafford club on deadline day during the transfer window on a six-month loan and billed to expire on May 31, 2020.

According to UK outlet SunSport, United have failed to reach an agreement with the Chinese Super League club, and now the Nigerian is poised to return to the Asian country.

Both clubs had been in talks for days over a new loan deal for the Nigeria International, who first signed for Manchester United back in January transfer window.

According to The Sun, the 30-year-old will head back to Shanghai Shenhua following the conclusion of his loan as United were unable to announce an extension before his current loan agreement expired on Sunday night.

Ighalo’s agent, Atta Aneke, initially revealed both clubs had discussed a loan extension until the end of January 2021, when the 30-year-old would return to Shanghai due to the restrictions of foreign players.

Sportsmail understands that Ighalo’s loan fee was a problem for United, which could have been one of the challenges as to why they failed to reach an agreement for his extension.

Odion Ighalo who signed for Manchester United on a short-term loan deal from Shanghai Shenhua back in January, had an impressive performance, scoring four times in eight games for the Premier League club.