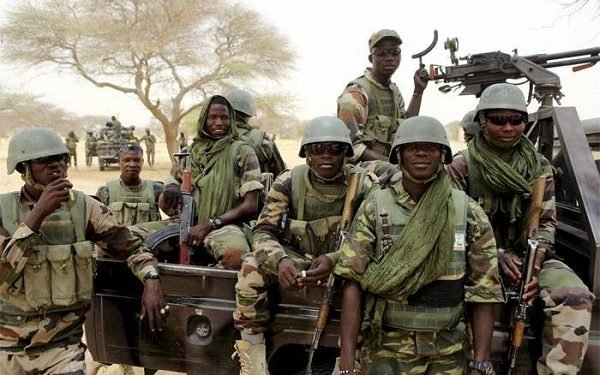 Operation Accord which was launched by the Nigerian Military against bandits fleeing the North West and North Central parts of the country has resulted into the killing of over 392 bandits.

This disclosure was made by the Coordinator Defence Media Operations, Major General John Enenche while addressing journalists in Abuja.

Major General Enenche said that operation Accord “was preemptively planned by the High Command of the Armed Forces of Nigeria to handle this situation”.

According to him, “following closely, in the North West and North Central parts of the Country, the gallant troops through land and air offensives successfully neutralized 392 bandits since the commencement of Operation KATSINA, which seriously degraded the bandits and other criminal elements in the two zones.
Consequently, those bandits that escaped resorted to reprisal attacks on civilian targets.

He added that, “the North East, the Armed Forces of Nigeria and other security agencies have been on the offensive against the terrorists mainly through the Land and Air components of Operation LAFIYA DOLE.

The significant feats achieved in this theatre include deletion of key BHT/ISWAP commanders, destruction of their logistics bases and cutting off their supply routes.