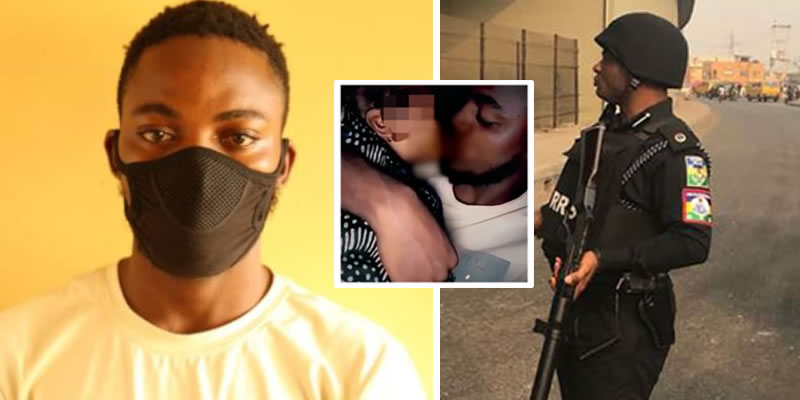 Less than 24 hours after the Nigerian police launched a manhunt against the young man who went viral for passionately kissing a little girl amid the fight against rape on social media, the Lagos state police has finally arrested the young man.

The incident happened on June 2 in their home in Shagamu, Lagos.

Police command spokesperson, Bala Elkana, in statement said the state Commissioner of Police Lagos State, CP Hakeem Odumosu saw the video and instructed detectives from the Gender Unit to analyze the video and apprehend the suspect.

He has been handed over to the State Criminal Investigation Department, Yaba for prosecution in Court.

Recall that Babatunde reacted shortly after the video went viral, saying he is not a rapist or pedophile, that the little girl is his sister.