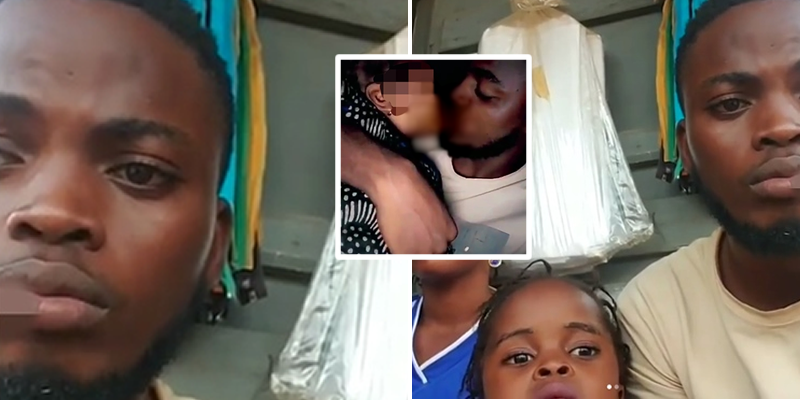 In the video which went viral days ago, the boy is seen kissing the girl and sucking her mouth. He later came out to claim she is his sister and he meant no harm.

The Nigerian Police took to micro blogging platform, Twitter to declare him wanted. They wrote;

“Anyone with useful information (e.g Name, Phone number, Location or Address) of the man in the picture below should kindly reach out to us via DM or call 08057000001. Protection of your Identity is guaranteed, Thank you.”

Within Nigeria recalls that the final year student of LASU named Adeyeye Babatunde who was captured on camera, sucking on his baby sister’s lips while passionately kissing her has apologized after the video went viral.

Babatunde who more than once sucked on the lips of the little girl in a video too inappropriate to share has taken to social media to beg Nigerians to forgive him.

The girl looks no older than 5 and the video sparked outrage as people called him a pedophile.
He has now apologized and claimed he just French kissed her out of “likeness” that arose from his relationship with her as his sister.

He however promised that such act won’t happen again and begged people to “die it down”.

A female in the video, believed to be the little girl’s mother, also added that there’s nothing going on and the man was just “playing” with the child Watch the video HERE