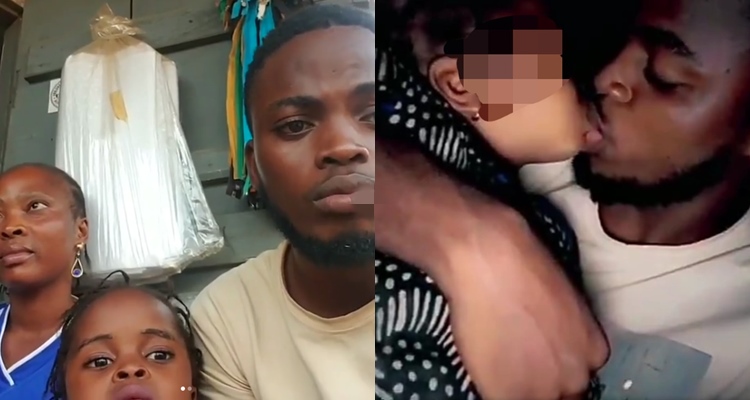 The final year student of LASU named Adeyeye Babatunde who was captured on camera, sucking on his baby sister’s lips while passionatley kissing her has apologized after the video went viral.

Babatunde who more than once sucked on the lips of the little girl in a video too inappropriate to share has taken to social media to beg Nigerians to forgive him.

The girl looks no older than 5 and the video sparked outrage as people called him a pedophile.
He has now apologized and claimed he just French kissed her out of “likeness” that arose from his relationship with her as his sister.

He however promised that such act won’t happen again and begged people to “die it down”.

A female in the video, believed to be the little girl’s mother, also added that there’s nothing going on and the man was just “playing” with the child

Below is the video and also reactions to it.

Police: Driving a person's car without authorization is an offense liable to fine or imprisonment

Recession: Governors must take drastic action to save the economy, FG can't be trusted – Falana