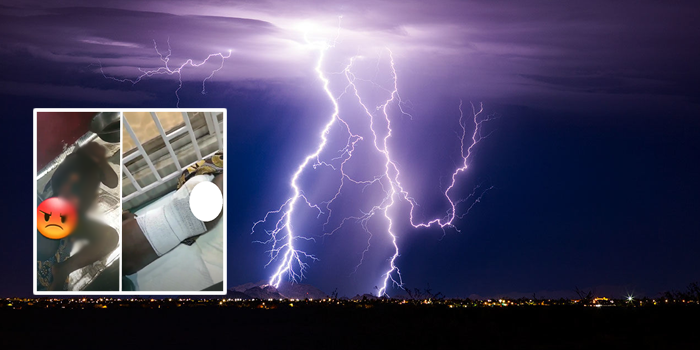 Sad as a yet to be identified woman died after she was struck by lightning in Lagos state.

The woman’s child was also struck by lighting.

The child, a 3-year-old girl named Boluwatife has been taken to the hospital by Good Samaritans after lightning left her with severe burns and struck her mother dead.

Abiodun, the Good Samaritan who rescued the girl, said she found her lying on a table on Sunday afternoon. The girl had slept outside on that table even after lightning struck her mother dead and she remained there till afternoon

“The girl slept on a table outside overnight after her mother died,” Abiodun wrote, adding: “We met her on that table this afternoon groaning in pains. She’s just 3-years-old.” 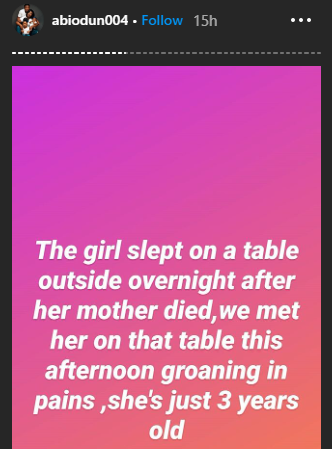 She added that “when the Lagos State Government officials came for the mother’s corpse and they were told to take the child, they declined and said they were not sent there for the child.” 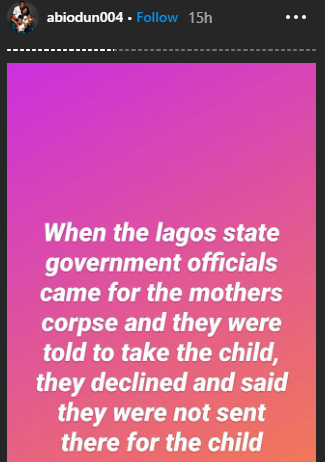 It was then left to members of the public to take the girl to the hospital. When they arrived at the hospital, Abiodun said they asked for money before treatment could be administered.

“Social services asked me to pay for the test and treatments for the girl with the burns if not she won’t be attended to.” 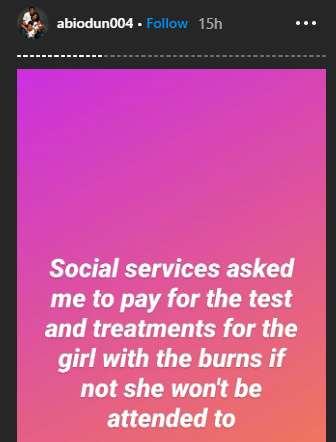 This morning, Abiodun gave an update. She said Boluwatife is responding to treatment. 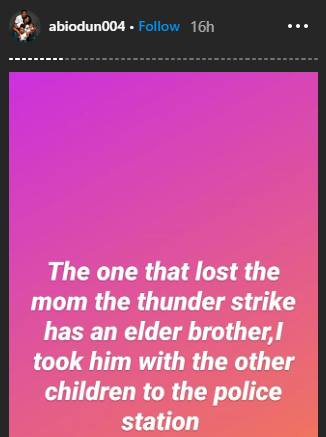 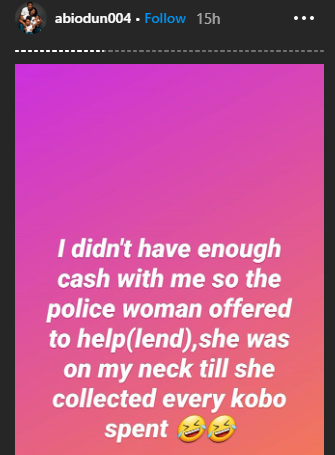 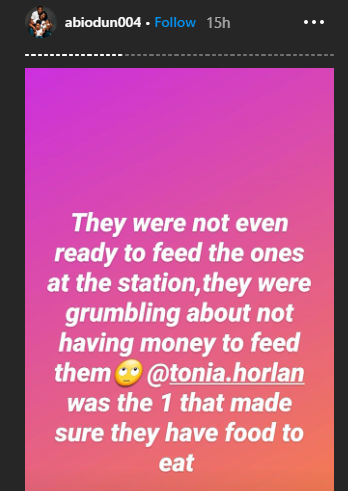 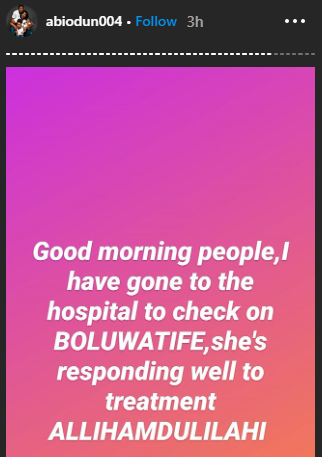 In a related development, Lagos lightning kills woman, her child “left to die”.

He said the child was rushed to the hospital after he was “left to die” by the people in the community.

“The child is currently receiving treatment at the hospital.”