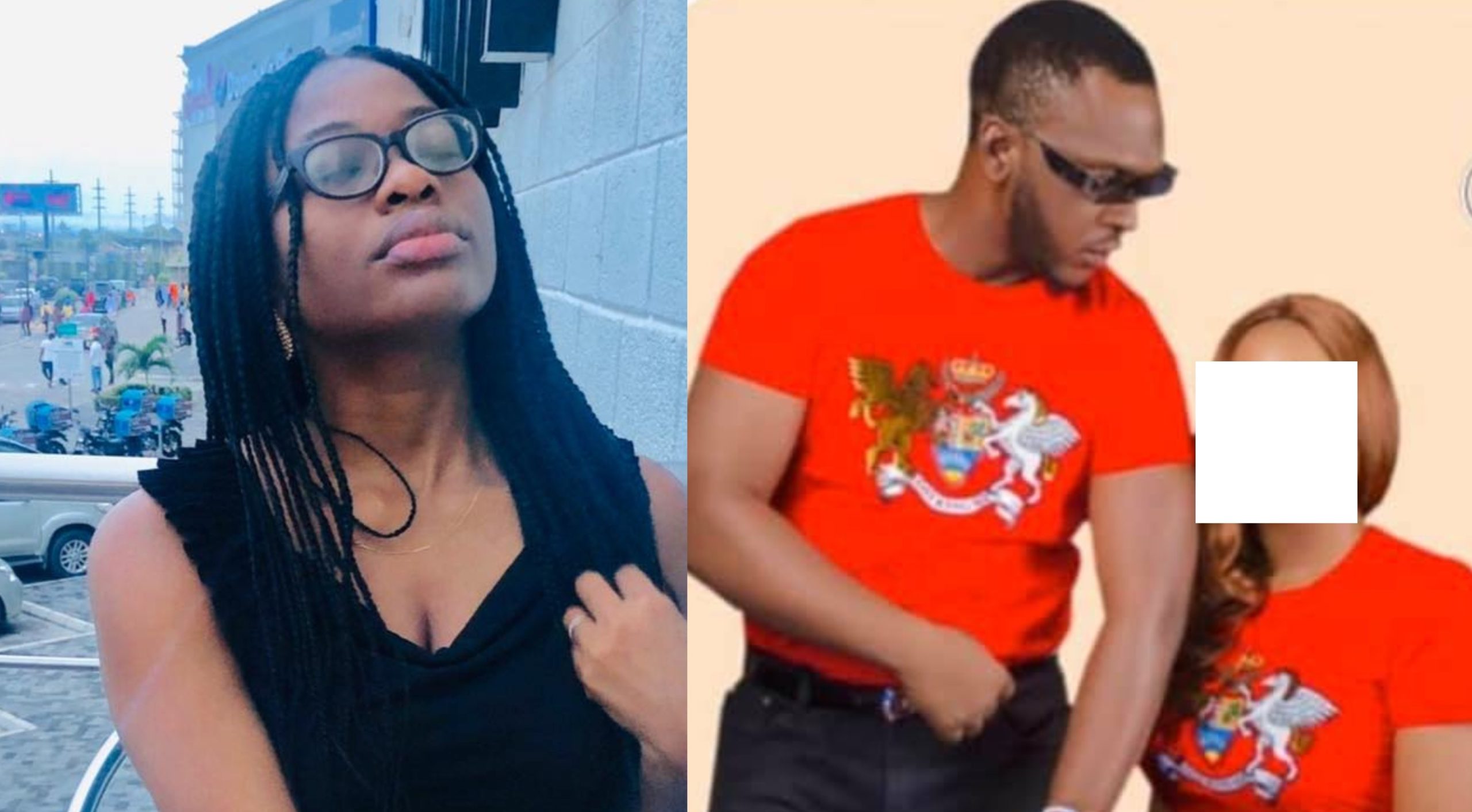 Yesterday, June 9, a Nigerian lady identified as Lighthouse Beacon on social media platform, facebook took to the social platform to call out a soon to be groom, identified as Oluwafemi Oloidi for allegedly raping her 10 years ago while they were still in the University.

Lighthouse Beacon has shared more details of the incident which allegedly occurred while they were still students of University of Nigeria, Nsukka.

According to Lighthouse Beacon, the man identified as Oluwafemi Oloidi allegedly raped her after buying her a bottle of Smirnoff and chips worth N600. She further claimed that even after giving him N1000 to pay back for all he bought, he went ahead with the act after hitting her head with a wooden object.

She shared screenshots of a chat she had with a mutual friend and wrote;

The second time I posted about Femi Oloidi Raping me, his friend whom I met him through inboxed me.
This are some of the Chats. I can not and would not just come up with untruths…I promised that I will tell his wife. I guess they thought I was Joking. It’s left to her to marry a rapist and live with it for the rest of her life…

He already lied to a mutual friend that he will apologize but he did not.

He is still that person that raped me ten years ago. 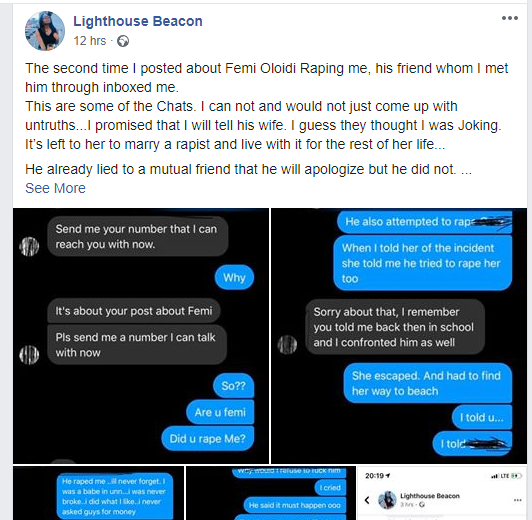