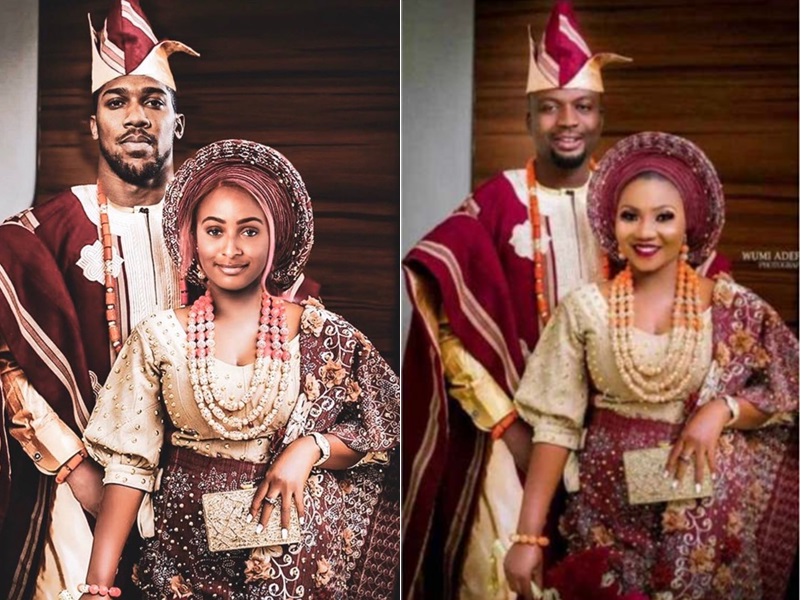 It had a short Independence message for Nigerians in the Yoruba language. “Eku Diamond Jubilee o my people!” 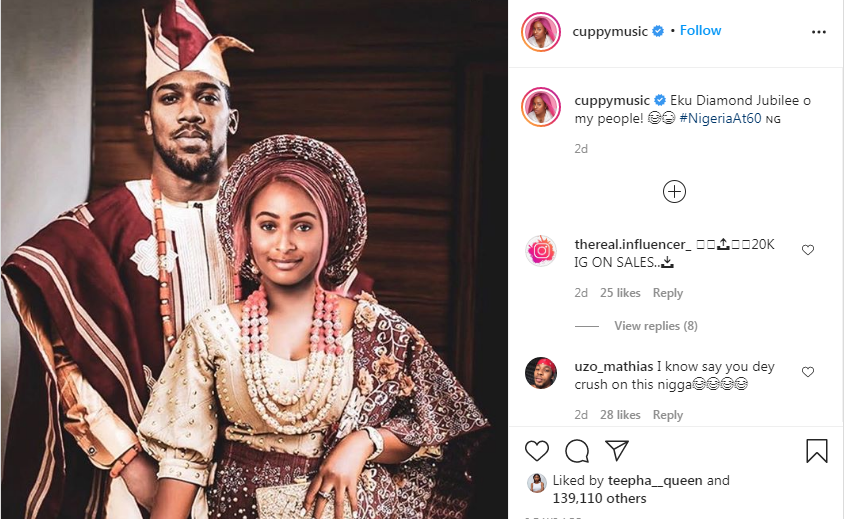 Reactions were endless, it was a photoshop, no disputing, but hilarious responses followed too. But Vanguard caught up with the real bride that was replaced with DJ Cuppy and Anthony Joshua.

Mrs Oluwaseun Shittu, an event planner, decoration consultant, and style-conscious person. Popularly known as SeunFavour Creations, she explained that she had a good laugh when she saw the photoshopped image, though she had reservations on why her husband’s head and hers should be replaced.

“I took that picture 24th January 2020, that was our traditional wedding day… My younger sister shared DJ Cuppy’s link with me and I was shocked. First, it was interesting to see that that picture got such attention, it shows the attire was fashionable enough, but seeing someone play around my wedding picture is quite wrong for me.

“I think it was wrong that my head and my husband’s were replaced. No hard feelings anyway, it is what it is,” SeunFavour said.