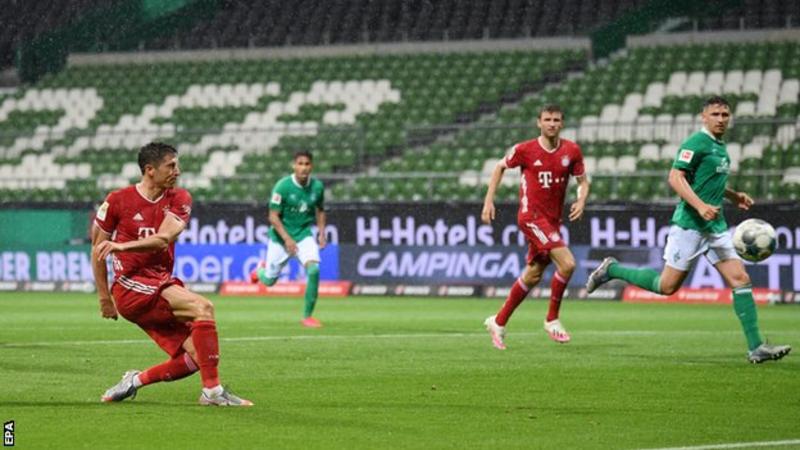 Hansi Flick’s Bavarian giants went into the game seven points clear of second-placed Borussia Dortmund, who have three matches remaining and extended that gap to an unassailable 10-point advantage.

It is Bayern’s 30th German top-flight title in total and they remain on course to win the treble.

They face Bayer Leverkusen on July 4 in the German Cup final and also hold a 3-0 first-leg lead over Chelsea in the Champions League last 16.

The win at the Weserstadion was Bayern’s eighth consecutive victory in all competitions since the German season restarted last month following the coronavirus lockdown.

Lewandowski scored his 31st league goal of the campaign shortly before half-time, but Bayern had to withstand a period of sustained late pressure after left-back Alphonso Davies was sent off with 11 minutes left.

Bremen, who have spent more seasons in the Bundesliga than any other club, remain in the relegation zone.