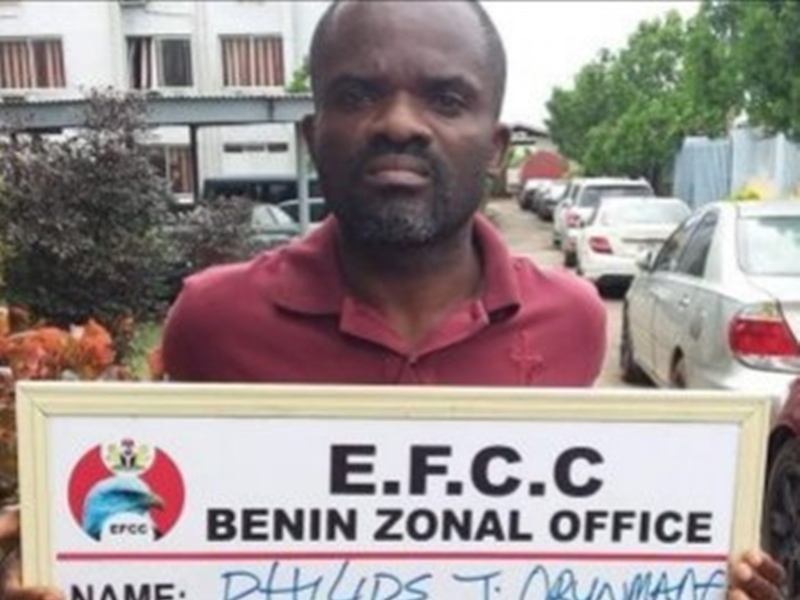 A staff of First Bank of Nigeria Plc has been nabbed by the Benin Zonal Office of the Economic and Financial Crimes Commission for allegedly stealing N18.900 million.

The anti-graft agency revealed staff, known as Philips Orumade, was reported by the Management of the First Bank, after he was caught on CCTV.

Orumade, who was said to be in charge of ATM gallery keys at Aduwawa branch of the bank, on November 3, 2019 allegedly disappeared with the sum of N18.900 million with the aid of a nylon bag and all efforts to trace him proved abortive.

According to the bank, the suspect was captured by the CCTV footage walking into the ATM gallery before using a nylon bag to cover the CCTV.

The EFCC said: “The suspect has been on the run and was recently apprehended in Lagos.

“He has made useful statements and will soon be charged to court as soon as investigations are completed.”