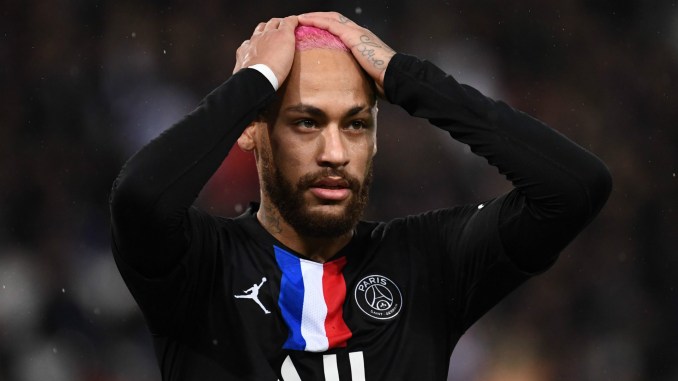 Paris Saint Germain superstar, Neymar must pay 6.7 million euros ($7.53m) to Barcelona, a court-ordered Friday after the player’s case against his former employer was dismissed.

After his world-record transfer to Paris Saint-Germain in 2017 the Brazilian forward sued Barca for 43 million euros he claimed he was due for various bonuses.

In a similar news, a gay rights activist in Brazil has filed a criminal complaint against Neymar after the Paris Saint Germain superstar called his mother’s boyfriend an anti-gay slur in comments leaked to the media.

The Sao Paulo prosecutor’s office confirmed to AFP it had received the complaint, which it must now examine to decide whether to open a case against the Paris Saint-Germain and Brazil star.

Neymar’s communications team declined to comment on the complaint.

The case was brought by activist Agripino Magalhaes, who said on Instagram he planned to press charges against Neymar and his friends for “criminal homophobia, hate speech and death threats” over comments made in a private conversation on a gaming site.