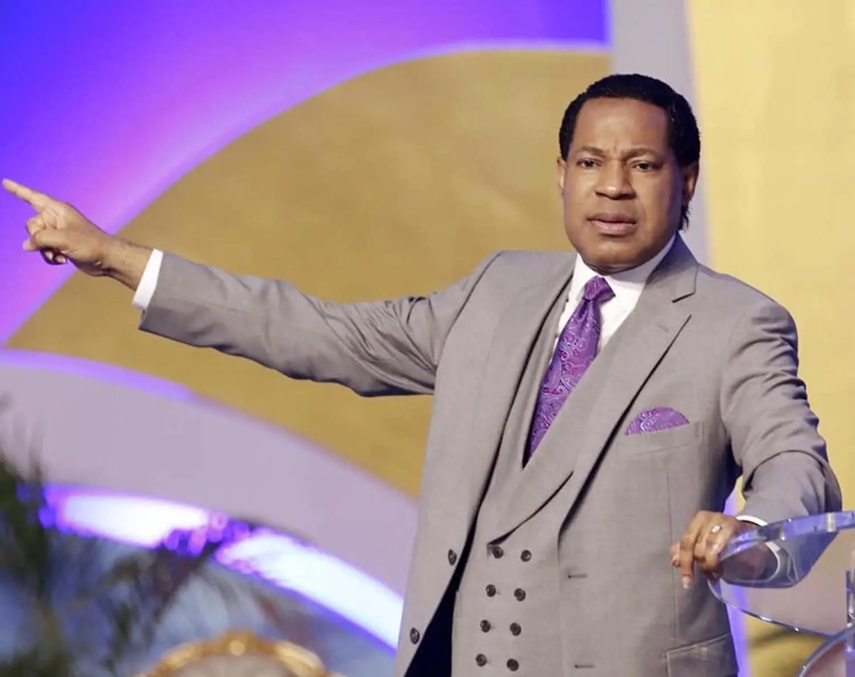 #BlackLivesMatters: Protests was used as scheme to implant microchips, to control the world, says Oyakhilome

Popular Pastor Chris Oyakhilome, has dropped another exposition as the well-known President of Love World Incorporated, also known as Christ Embassy has interprets the US protests that sprang up after the untimely death of George Floyd who was killed by white policemen.

According to Oyakhilome, the protests, and riots that have engulfed the United States in the wake of the murder of a black man, George Floyd, are not about black lives.

Oyakhilome said the protests are part of a grand scheme to get rid of the police and implant microchips into Americans and other citizens of the world with a view to controlling them.

The cleric said this in a televised sermon on Sunday.

He said once the police have been taken off the streets, microchips would be implanted into citizens which would give the government all information and thereby make the rates of crime to reduce.

Oyakhilome said, “There are many who don’t know what is going on in the United States with the riots. It’s not about the guy that died, it is not about black folks, and it’s not about black lives matter. I will tell you what it is about. From protests to riots and then more people have died since then and the call for disbanding, abrogation, cancellation, defunding of the police.

“Why is that? (Do) you think it is limited to the Uni-finalsted States? No, it is not. Why are they doing it? It is part of the game. It is simply because they want to come in with the alternative method for security. What is that alternative method? It is total control- RFID microchip. That is what it’s about.

“And so, you are going to find people getting rid of their police and you will see cities experimenting one after the other. The cities say no police, everyone must get the microchip. And with that, you are going to know everybody. They will know everyone and crime will be controlled and they have got the media to hype it and in spite of its failure, they will praise it like the best thing in the world. That is what it’s about.”

Oyakhilome had in April claimed the COVID-19 pandemic and the government-ordered lockdown in Nigeria were part of a ploy to introduce 5G technology in the country.