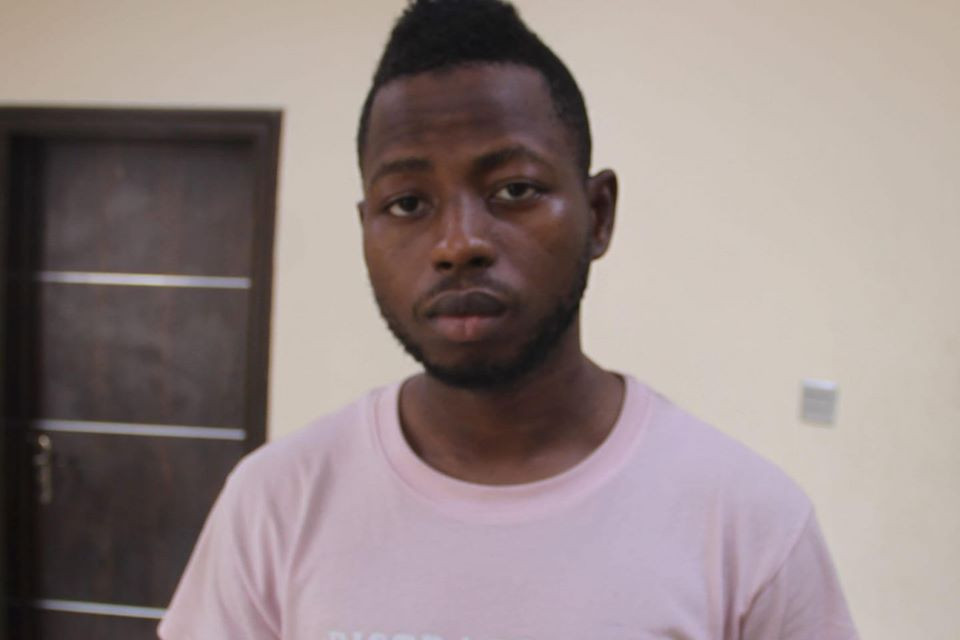 Operatives of the Economic and Financial Crimes Commission (EFCC) have arrested a Nigerian man identified as Babatunde Oyerinde Abidoun popularly known as Kashy who is reportedly the owner of a record label ‘CashNation Ent. Ltd’ over his alleged involvement in internet fraud.

Kashy who commutes between Nigeria and the United Arab Emirates (UAE) allegedly uses the proceeds of his fraudulent activities to find his lavish lifestyle.

It was learnt that the suspect, Kashy was arrested at his residence in Lekki Conservative Estate in Lagos following intelligence gathered overtime about his suspicious lifestyle.

According to the anti-graft agency, investigations linked his fraudulent activities to his domestic staff, Thomas Aliu Akwu who confessed to having different accounts domiciled in UBA, Ecobank, GTB, Zenith Bank and FCMB and also receiving money for his boss through the accounts.

In a related story, WITHIN NIGERIA reported that the Economic and Financial Crimes Commission (EFCC) arrested 16 young men suspected to be internet fraudster both in Lagos and Ogun State.