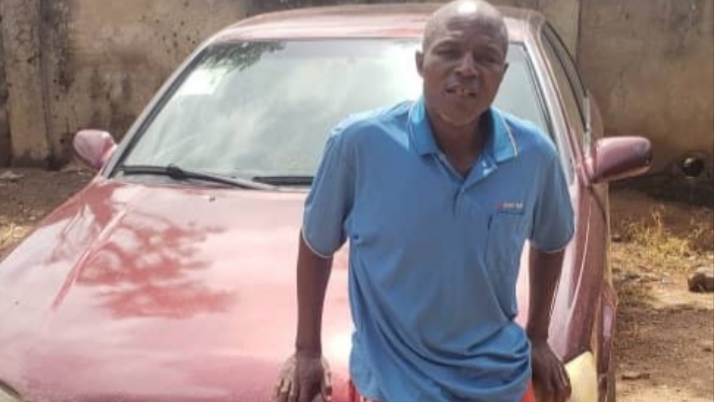 WITHIN NIGERIA learnt that the suspect who lives at Lambata area of Gurara Local Government Area of Niger state reportedly stole the car at Wuse area of FCT.

The Toyota Camry vehicle was intercepted by a police patrol team attached to Gawu Babangida division following a tip off.

This was contained in a statement released by the  Police Public Relations Officer in the state, Wasiu Abiodun on Monday.

“The driver refused to stop and the patrol team gave the vehicle a hot chase, as a result, the driver abandoned the vehicle at Lambata and took to his heels.

The suspect who was rushed to the hospital for treatment would be charged to court after investigation has been concluded.