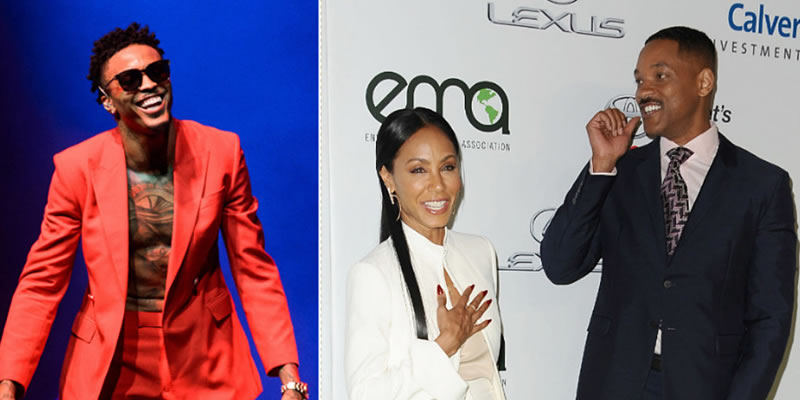 Hollywood star, Jada Pinkett Smith has responded after singer, August Alsina alleged they had a romantic relationship, during a heartfelt interview.

In a recent interview with Breakfast Club Power 105.1’s Angela Yee, August Alsina said he had a romantic relationship with mum-of-two, Jada Pinkett-Smith. He also claimed that Jada’s husband, Will Smith, gave the relationship his blessing.

During the interview, Alsina opened up to Yee saying: “I actually sat down with Will [Smith] and had a conversation due to the transformation from their marriage to life partnership … he gave me his blessing.”

The actress and talk show host has now responded through her representatives.

According to Page Six, Jada’s reps said August Alsina’s claim of a romantic relationship with Jada is “absolutely not true”. The 27-year-old “Ghetto” singer was introduced to Pinkett, 48, back in 2015 by her son Jaden when they were in London. August grew close to the Smiths and he attended holidays with the family in Hawaii back in 2016. He also attended the BET Awards with Jada back in 2017.

August says he fell in love with Pinkett, saying “I totally gave myself to that relationship for years of my life, and I truly and really, really deeply love and have a ton of love for her.”