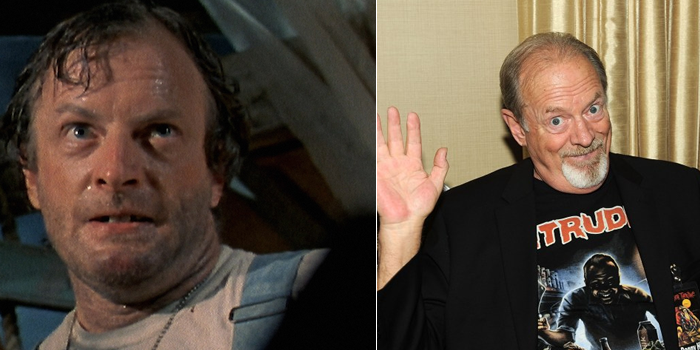 The actor’s death was confirmed by his company Full Empire Promotions via a video on their Facebook page.

They wrote alongside the clip: ‘On June 30, 2020, we lost a friend, client, and talented actor in Danny Hicks.

Here is our tribute to the star of Evil Dead 2, Intruder, Darkman, and so many other classic horror films. We will miss you Danny! (sic)’

Danny, who had worked closely with director Sam Raimi, had stage four cancer and had only stated in June he had been given ‘between one and three years to live’.

He said in the announcement:

‘I gotta tell ya, I sure as hell packed a whole bunch of living into my 68 years. I got no change coming back that’s for sure. And not too many regrets.’ ‘Ok, gotta go,

I’m gonna find out just what in the hell is going on down in that fruit cellar,’ he then joked.

These include Darkman, Maniac Cop, Dead Season and Porkchop 3D.

He last appeared on screen as Captain Phil Phillips in campy comedy horror, Dick Johnson & Tommygun vs. The Cannibal Cop: Based on a True Story.