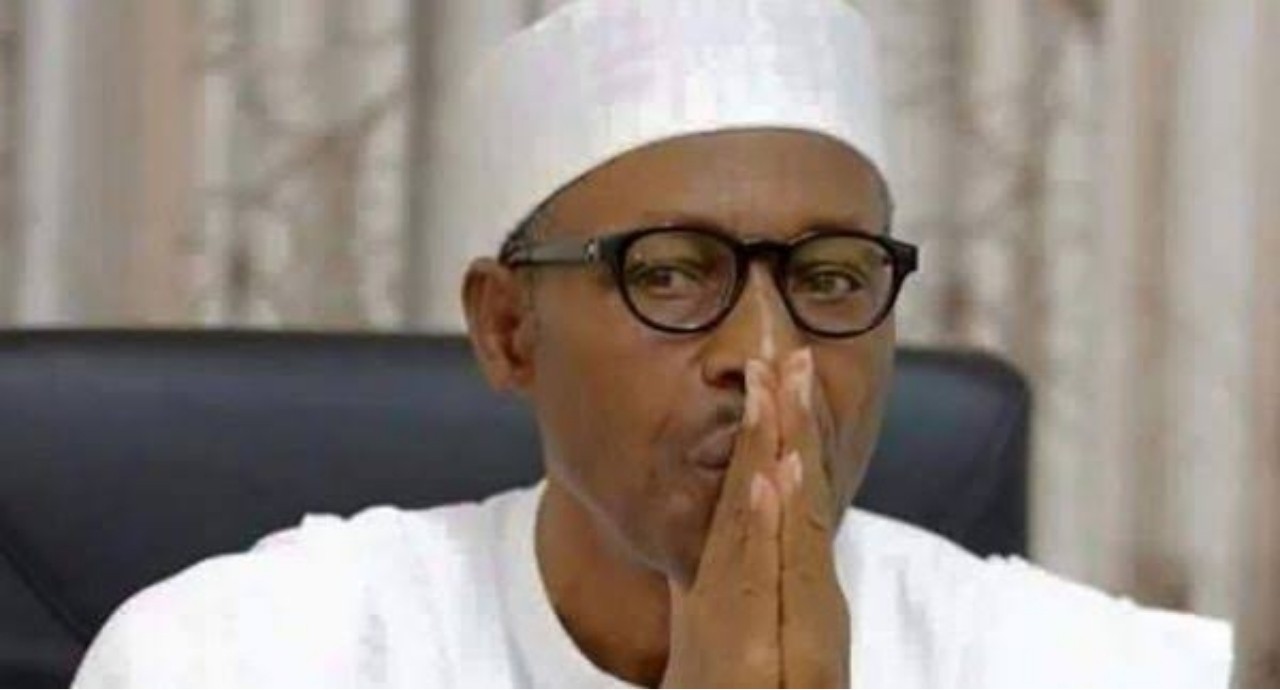 The organisation said the funds documented in the 2017 audited report by the Auditor General of the Federation (AGF) were either mismanaged, diverted or stolen.

SERAP gave government 14 days within which to order Malami and the anticorruption agencies to promptly investigate “ the extent and patterns of widespread and endemic corruption in the ministries, departments and agencies (MDAs) indicted in the audited report. We urge you to take meaningful and effective measures to clean up an apparently entrenched system of corruption in these MDAs.

“We request that you take the recommended action within 14 days of the receipt and/or publication of this letter, failing which SERAP will institute legal proceedings to compel your government to act in the public interest.”

In the letter dated July 4, 2020 and signed by SERAP Deputy Director, Kolawole Oluwadare, the organization said the 2017 audited report reveals grim allegations of mismanagement, diversion and stealing of public funds, as well as unaccounted-for spending.

It said the report suggests a grave violation of the public trust, and that the indicted MDAs and the National Assembly lack effective and credible internal processes to prevent and combat corruption.

According to SERAP, “Investigating and prosecuting the alleged grand corruption documented by the AGF would improve the chances of success of your government’s oft-repeated commitment to fight corruption and end the impunity of perpetrators. It will improve the integrity of MDAs, serve the public interest, as well as improve Nigerians’ access to public services and goods.

“Any failure to promptly investigate the allegations and prosecute suspected perpetrators would breach Nigeria’s anti-corruption legislation, including the Public Procurement Act, the 1999 Nigerian Constitution (as amended) and the country’s obligations including under the UN Convention against Corruption and the International Covenant on Economic, Social and Cultural Rights to which Nigeria is a state party.”

The letter, read in part: “It would also mean that Nigeria is failing to fulfil the obligations under the covenant to use its “maximum of available resources” to progressively realize and achieve basic economic and social rights, including access of Nigerians to public services and goods like quality education, healthcare, clean water and regular electricity supply, as well as the right to honest public services.”

The organization claimed to have carefully analysed the 2017 audited report by the AGF and our analysis reveals the following grim allegations of mismanagement, diversion and stealing of public funds, as well as unaccounted-for spending.

It alleged for instance: “The Federal Civil Service Commission spent ₦25,856,279.00 on behalf of Federal Ministry of Foreign Affairs to develop online recruitment in April 2014 without any supporting memo from the Ministry of Foreign Affairs, and without due process. Although the project was suspended, the Commission went ahead and paid ₦25,856,279.00 for contract not executed. The AGF recommended the full recovery of the public funds.

“The Commission granted cash advances totalling ₦8,590,000.00 to 25 officials between February and December, 2016 but failed to retire or account for the money. Also, ₦6,850,000.00 was paid for store items that were never supplied. Another ₦2,619,210.00 was spent without receipts. The AGF expressed concern that the money may have been misappropriated or stolen, and recommended the full recovery of public funds

“The former Chairman of the Commission whose tenure of office ended in May 2017 took away with him four vehicles (One Toyota Hilux, one 407 Classic Peugeot, One Toyota Land Cruiser Jeep and One Toyota Corolla) belonging to the Commission, despite the Monetization Policy of Government clearly stating that all vehicles of MDAs belong to the pool, and are not expected to be taken away as part of severance package at the expiration of an officer’s appointment.

“The Ministry of Foreign Affairs failed to show any receipts for the payment of ₦4,385,230,763.25 between January and December 2016. The Ministry also had no insurance cover for all its motor-vehicles, despite the budgetary allocation of ₦11,805,802.00 for insurance premium. The Ministry spent ₦105,000,000.00 to buy computer consumables, photocopy machine consumables, papers and other store items, contrary to official circular, and without any receipts. The AGF recommended the return of the money to the public treasury.

“The Ministry also paid ₦83,719,500.00 to a company for the rehabilitation and re-integration of released Chibok girls in August, 2017 without any agreement between the Ministry and the contractor, and without any evidence of purchase of the back-to-school materials, and job completion certificate. The AGF recommended the full recovery of public funds.

“The Ministry also transferred a take-off grant of ₦83,317,257.00 for Consulate-General of Nigeria, Guangzhou to the personal account of the Ambassador of Nigeria in Rome in 2013 to be remitted to Guangzhou. But the money was never remitted to Guangzhou and has remained outstanding till date. The AGF expressed concern that the money may have been diverted and misappropriated, and recommended that the Ambassador of Nigeria in Rome whose account was used be asked to account for the money.

“The Ministry of Justice disbursed ₦10,460,950,841.00 judgment debt in 2017 without due process. The committee to manage the funds was dissolved after 2013 financial year was not reconstituted as at the time of the 2016 and 2017 appropriations but funds were nonetheless disbursed. Also, ₦32,353,693.00 was spent between March and September 2017 on international travels without approval or evidence of spending. The AGF recommended the full recovery of public funds.”

“The Senate also spent ₦1,364,816,397.95 to renovate a store at the National Assembly but the AGF was denied access to the store and records, thus expressing concerns that ‘public funds may have been diverted for unappropriated purposes.’ The AGF recommended that the Clerk of the National Assembly account for the money.”

“The Federal Ministry of Water Resources spent ₦343,957,350.60 without due process, receipts, and without any evidence of work done or services rendered. Also, ₦14,993,950.00 granted as cash advances to staff was not accounted for. The AGF expressed concerns that the money may be missing and recommended that the Permanent Secretary is made to account for it.

“The Lower Benue River Basin Development Authority, Makurdi misappropriated ₦42,277,285.50 of contract money for project management. Similarly, the National Agricultural Extension and Research Liaison Services, Ahmadu Bello University, Zaria paid a contractor ₦33,425,000.00 in March 2017 for awareness training but there was no evidence that the contract was executed. The AGF expressed concerns that the money may have been diverted and recommended that the Executive Director should recover and return it to the treasury.

“The Cross-River Basin Development Authority, Calabar, overpaid a contractor to the tune of ₦10,387,490.00 for construction of Link Road between Cross River and Ebonyi State without any justification. Also, ₦30,616,110.00 was spent for construction of erosion control works at Nguzu but remained unaccounted for. The AGF expressed concerns that the contractor may have received money for project not executed, and recommended that the Managing Director should recover the money and return it to the treasury.”

“The Lake Chad Research Institute, Maiduguri, Borno State failed to account for 2 Nos. Toyota Prado Jeeps which were purchased in 2013 and 2014 with registration No. 45KOIFG for one Jeep but the second Jeep was not registered, and no reason was given for this. The AGF expressed concerns that the Jeeps may have been diverted to private use, and asked the Executive Director to account for the vehicles.”

“The Federal Capital Territory Administration spent ₦393,254,000.00 to support security agencies without due process and without receipts. Another ₦362,481,173.52 was paid for the procurement of stores locally without due process. The AGF expressed concerns that the money may be missing and asked the Permanent Secretary to recover it.”

“The Ecological Funds Office misappropriated ₦1,257,791,992.86 meant for contract for Canalization and Desilting of OKOKO and Ogbagba Rivers in Osogbo Township, Osun state. There was no evidence that ₦30,000,000.00 meant for compensation to owners of marked-to-demolish structures and economic trees affected by the project, received any payment. The AGF expressed concerns that the money may be missing and asked the Permanent Secretary to recover it.”

“The Office of The Head of The Civil Service of The Federation paid ₦301,984,103.00 for projects without accounting for it. ₦36,641,528.00 was also paid for seminars, conferences and workshops without any receipts. Also, ₦16,096,712.00 was spent on projects not executed. The AGF expressed concerns that the money may have been diverted and asked the Permanent Secretary to recover it.”

“The Federal University of Petroleum Resources, Effurun spent ₦830,267,951.23 as Special Presidential Needs Assessment Phases I and II to the Federal University of Petroleum Resources, Warri for the Construction of Building, Procurement of Laboratory Equipment and Capacity Building/Staff training but the funds were misapplied. ₦190,495.824.75 was approved for a project to construct and furnish workshop and laboratory but the contractor was paid ₦199,324,657.10 and without any evidence of request by the contractor.”

“The University also spent ₦990,621,753.29 to construct and furnish a 3-storey, 4-floor structure Student Residential Building Complex but the contract for the spending was awarded without due process. Also, only a 2-storey, 3-floor building was constructed. Several other infractions are documented in the report. The AGF expressed concerns that the money may have been diverted and asked the Vice-Chancellor to account for it.”

“The National Office for Technology Acquisition and Promotion spent ₦2,270,000.00 for a 2-day workshop but without any receipts. The AGF asked the Director-General to recover the money. The Nigerian Railway Corporation failed to remit ₦122,242,337.63 in taxes to the authorities. The National Power Training Institute of Nigeria (NAPTIN) paid ₦20,569,398.20 for supply of Power System Simulator without evidence of supply. It gave ₦6,187,393.50 as cash advances to 17 officers which remained unaccounted for.”

“The National Health Insurance Scheme paid ₦4,931,475,094.63 as cash advances to staff without due process. ₦72,383,000.00 was also supposedly paid for verification exercise but the AGF found no evidence that the verification took place. Another ₦31,478,400.00 was purportedly paid for accreditation of Health Maintenance Organizations (HMOs) but again the AGF found no evidence of this.”

“The National Information Technology Development Agency paid ₦28,525,000.00 to a Security company for the production of procurement manuals for the Agency. 300 copies of the manual were produced although only 5 copies were needed and utilized, with a copy of the manual costing ₦95,083.33. The agency also paid ₦15,842,970.00 printer tonners.”