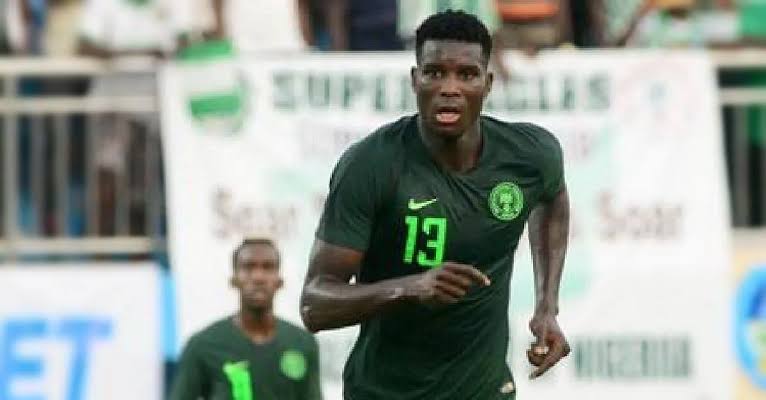 Super Eagles striker and Racing Genk forward Paul Onuachu on Wednesday tested positive for coronavirus, but the result of his compatriots Stephen Odey and Cyril Dessers at Belgian club Genk, came out negative.

According to Belgian news hub, HLN Sport, all the players were tested on Tuesday in the run-up to the first friendly game ahead of the new season.

All the players tested negative except Onuachu.

The 26-year-old returned late for pre-season training after he was stranded in Nigeria due to the travel hassles caused by the Covid-19 pandemic.

The 26-year-old Nigeria international is the first Eagles star to test positive for the virus that has caused sporting events cancellations and suspensions across the globe.

The striker left Belgium for Nigeria on May 27, alongside fellow Eagles strikers Victor Osimhen and Imoh Ezekiel and returned to his club June 28 after he was stranded for a week in Lagos due to travel restrictions caused by the coronavirus pandemic.

Onuachu becomes the second Nigerian footballer to contract the virus after Akpan Udoh, the first footballer to be infected, in February.

According to hln.be, Onuachu will miss Genk’s first exhibition game of the season against Eendracht Termien on Thursday (today) as he will be quarantined for a week.

Onuachu joined Genk from Danish club FC Midtjylland last summer and scored 10 goals for the club before the Belgian Pro Division season was ended abruptly due to COVID-19.