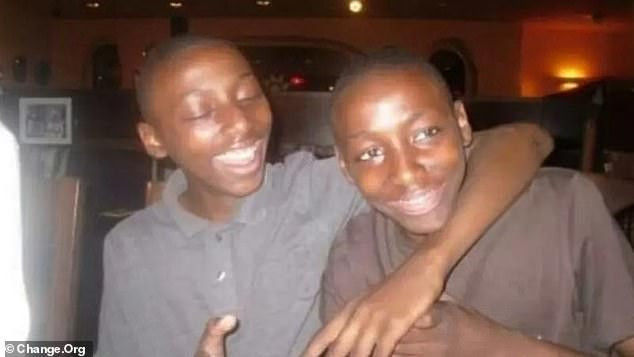 London-born twins will be facing deportation to different countries in the Caribbean after serving their jail terms for grievous bodily harm.

One of the twins, a 24-year-old Darrell Roberts has been issued with a deportation notice informing him that the Home Office plans to send him to the Dominican Republic following his release.

Darrell Roberts believes officials made an error because his father was born on the island of Dominica.

His twin brother, Darren Roberts has also been warned he faces deportation to Grenada – the country where his mother was born – when he finishes his own jail sentence, according to his partner.

Darrell told The Guardian that he and Darren entered social care aged 13 when their mother, from Grenada, and uncle died in quick succession from cancer.

He claims that Ealing social services were negligent for not applying for citizenship on behalf of himself and his brother.

According to the report, Darrell will soon be released from a six-year sentence for grievous bodily harm after he beat a 35-year-old man over the head with a metal pole in Willesden in 2013.

He also hurled bricks at the man’s car and committed the attack while the victim’s wife was watching on.

As for his brother, his grievous bodily harm conviction are unknown, but it stems from a separate incident.

Speaking from behind bars, Darrell said he was shocked to learn that he faces deportation.

He told the Guardian: “It was heartbreaking. I’ve finished my sentence; I was expecting to be released,” he said, speaking from prison. He tried to explain to prison staff that he should not be deported.

“It is mentally draining; the stress is unnecessary. I’ve got grey hairs and I’m only 24 years old.”

He said prison staff laughed when he told them he was born in the UK and appeared not to believe him.

The deportation notice states: “Our records show you have no legal status in the United Kingdom.”

The home secretary has deemed “deportation to be conducive to the public good and accordingly it is in the public interest that you be removed from the United Kingdom without delay”, the letter reads.

Darrell was also offered a reintegration package worth £1,500 to ‘return home’ if he agrees to repatriation.

“I told them I was born here that I’d been in primary school and secondary school here. They weren’t sympathetic. When I’ve tried talking to officers they say it is out of their control,” he said.

His partner and mother of his five-year-old son said Darrell spoke to her six months ago that prison staff had warned him he would be sent to Grenada at the end of his prison term.

“He said it didn’t make sense, and asked me to make arrangements to bring our son to visit him. He was shocked,” she said.

A spokesperson for Ealing council told The Guardian: ‘Ealing council’s children’s services have repeatedly engaged with both Darren and Darrell, their solicitors and the prison services to provide all documentation to allow them to apply for immigration status, in Darrell’s case as recently as May 2020, but neither of the young men signed the documentation to allow it to be progressed.’

A Home Office spokesperson said: ‘Prisoners who are served with a deportation notice are given the opportunity to provide reasons why they should be exempt from deportation. All representations made will be carefully considered before any action is taken.’