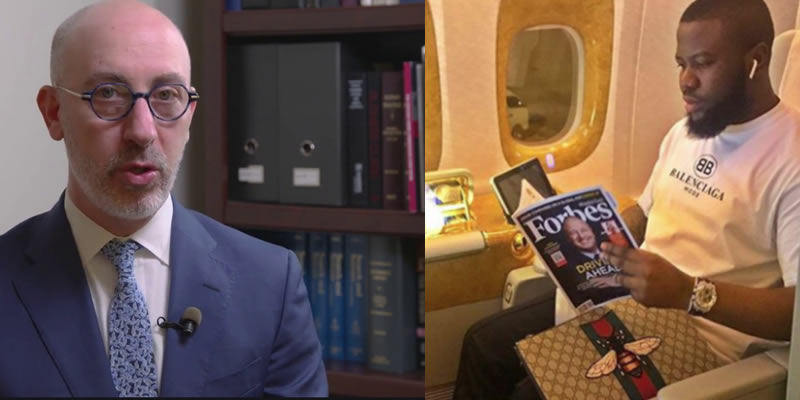 Hushpuppi: FBI kidnapped my client, US had no authority to take him – Lawyer

Gal Pissetzky, is claiming that Hushpuppi was ‘kidnapped’ by the FBI as no legal documents were made for his arrest and no extradition treaty exists between the US and the UAE where Hushpuppi was residing.

Hushpuppi was arrested in june in Dubai, United Arab Emirates, by the Dubai Police and later handed over to the Federal Bureau of Investigation in the United States.

The FBI in affidavit alleged that the suspected Nigerian fraudster “conspired to launder funds stolen in a $14.7 million cyber-heist from a foreign financial institution.”

He was also accused of being involved in a fraudulent scheme that defrauded a New York-based law firm of approximately $922,800 through a combination of computer hacking and social engineering.

Hushpuppi, allegedly duped about 1,926,400 victims, and is facing charges of conspiracy to commit money laundering, among others in the US, facing a possible prison term of 20 years.

FG evacuates 325 Nigerians from US in sixth special flight

Hushpuppi’s lawyer Pissetzky on Thursday July 9, in an interview with Forbes claimed Hushpuppi is “an entrepreneur” who made his money legitimately through “real estate” and “promoting brands”

Speaking with BBC on Friday July 10, Chicago based lawyer Pissetzky said the US had no authority to transport Hushpuppi from Dubai claiming the US Department of State and the FBI ‘kidnapped’ his client.

“In my opinion, the FBI and the government here acted illegally when they kidnapped him from Dubai without any legal process to do so,” Mr Pissetzky told the BBC.

“There was no extradition, there were no legal steps taken, there were no court documents filed, it was simply a call to the FBI. He is not a citizen of the United States, the US had absolutely no authority to take him,” his lawyer says.

Pissetzky refused to discuss how he was getting paid for legal fees and says the case could last several months, even longer than a year.