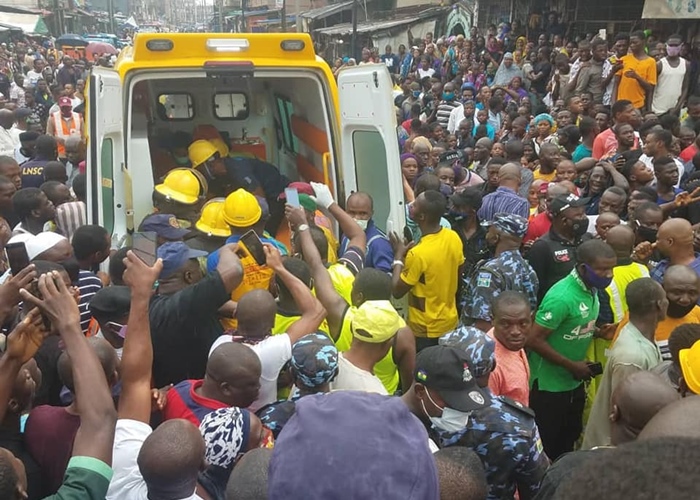 Following the earlier report about the building in  Lagos Island that collapsed at 3 a.m this morning, fresh updates have emerged.

The death toll from the three-story building that collapsed has risen to three.

The Lagos building which is located at number 20 Freeman street in Lagos Island, collapsed in the early hours of today while the occupants were fast asleep.

A boy said to be about 4-years-old was the first casualty recorded in the horrific incident. And two more bodies have been recovered from the rubbles.

Lagos State Emergency Management Authority LASEMA officials say an additional three more persons have been rescued bringing the total number of survivors to nine. The agency says efforts are still being made to find and rescue more survivors.

The Managing Director of LASEMA, Olufemi Oke Osanyintolu, who was at the scene of the incident, told newsmen that the building was already marked for demolition before it collapsed today.